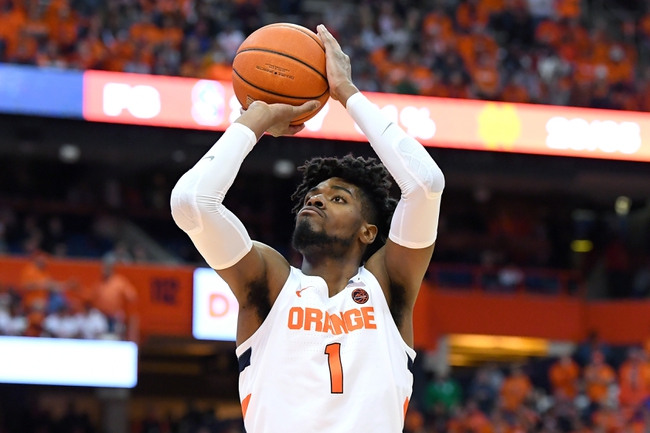 The Syracuse Orange and the Notre Dame Fighting Irish meet in ACC college basketball action from the Purcell Pavilion on Wednesday night.

The Syracuse Orange will look to add to their current three-game winning streak after a 71-69 win over Virginia Tech in their last outing. Buddy Boeheim led the Orange with 26 points on 10 of 20 shooting with 5 threes while Elijah Hughes added 17 points with 7 rebounds and Marek Dolezaj added 11 points to match his 11 rebounds for the double-double to round out the trio of double-digit scorers for Syracuse in the winning effort. Quincy Guerrier added 5 points with 9 rebounds as well in the victory for the Orange. Hughes leads Syracuse in scoring and assists with an average of 19.3 points and 4.9 assists per game while Dolezaj leads the Orange in rebounding with 7.4 rebounds per game this season. As a team, Syracuse is averaging 73.1 points per game on 44.4% shooting from the field, 36.5% from behind the arc and 71.9% from the foul line this season.

The Notre Dame Fighting Irish will look to build on a 78-74 win over Georgia Tech last time out. Prentiss Hubb led the Irish with 25 points on 8 of 16 shooting with 3 threes and a pair of steals while TJ Gibbs added 17 points on 6 of 11 shooting with 3 assists. Dane Goodwin added 15 points with 3 triples while John Mooney chipped in 10 points with 13 rebounds for the double-double to cap off the scoring in double figures for Notre Dame in the winning effort. Mooney leads the Irish by averaging a double-double per game with team-highs of 15.4 points and 13.9 rebounds per game while Hubb leads the Irish in assists with 5 assists per game this season. As a team, Notre Dame is averaging 75.1 points per game on 42.4% shooting from the field, 34.5% from behind the arc and 70.9% from the foul line this season.

I get Notre Dame being favored at home, but the problem I have is that the Irish aren’t as consistent as I would like especially when facing that Syracuse defense that can suffocate you in a hurry. I worry that the Orange won’t have an answer for guys like Mooney, Hubb and Gibbs, but the Orange have not only covered, but have won all three of their conference road games as underdogs this season and I think that the Orange provide some value here as well. I’ll take the Orange and the points in a game I could see Syracuse winning outright. 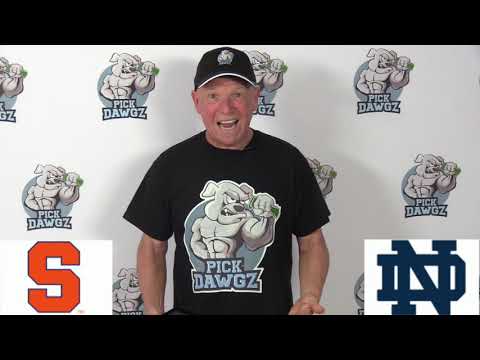