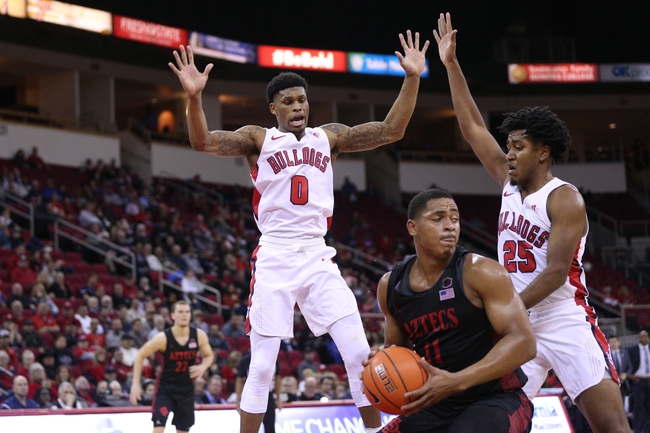 The Colorado State Rams will look to add to their current four-game winning streak after a 78-65 win over Air Force last time out. Kris Martin led the Rams with 19 points on 4 of 7 from behind the arc along with a 7 of 8 mark from the foul line while Kendle Moore and David Roddy each had 13 points with Roddy adding a team-high 5 assists while Moore shot 5 of 9 with a pair of threes. Isaiah Stevens added 11 points while Nico Carvacho added 10 points with a team-high 13 rebounds for the double-double to round out the group of double-digit scorers for Colorado State in the winning effort. Stevens leads Colorado State in scoring and assists with an average of 13 points and 4.5 assists per game while Carvacho leads the Rams in rebounding by averaging a double-double per game with 12.4 points to go along with a team-high 10.8 rebounds per game this season. As a team, Colorado State is averaging 75 points per game on 46.8% shooting from the field, 35.3% from behind the 3-point line and 66.6% from the foul line this season.

The Bulldogs and points are always tempting, but a win over a bad Wyoming team isn’t going to move the needle for me much on this Fresno State team as I feel like the Bulldogs are overrated this season. Colorado State is on a bit of a nice run right now and are winning games in convincing fashion with each of the wins coming by double-digits. I’ll lay the points with the Rams in this one.