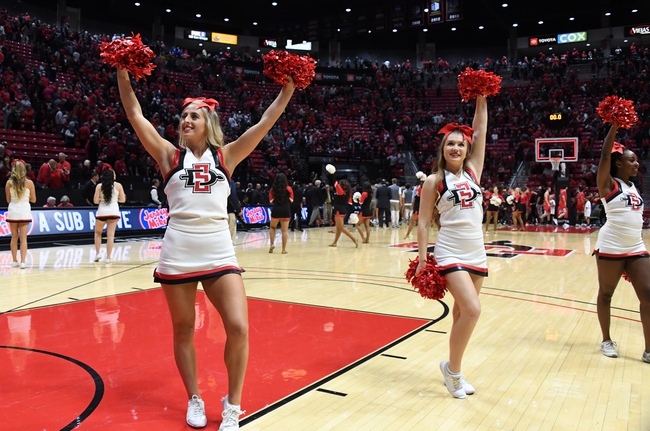 The Wyoming Cowboys and the San Diego State Aztecs meet in college basketball action from Viejas Arena on Tuesday.

Wyoming enters this one at 5-15 overall. The Cowboys are riding a six-game losing streak right now, falling to Boise State, Colorado State, San Diego State, UNLV, Nevada and Fresno State in that time.

In the loss to the Bulldogs, Wyoming’s Jake Hendricks and Kwane Marble were the only players in double-figures on the team, each notching 12 points with two assists. The duo combined for seven rebounds there as well.

Over on the San Diego State side, they’re 19-0 this year. In their last five games, the Aztecs have knocked off Utah State, Wyoming, Boise State, Fresno State and Nevada in succession.

In the win over the Wolf Pack, San Diego State’s Yanni Wetzell led the way on 17 points, 16 rebounds and two assists. Malachi Flynn had a nice game there as well with 14 points, seven assists and five rebounds.

Wyoming fell behind 31-16 after the first half versus Fresno State, and things didn’t get any better from there. That marked the sixth straight games the Cowboys have failed to notch 70 points in; they’re of course 0-6 during that time.

San Diego State didn’t have a ton of trouble the last time these teams met; they were up double-digits by halftime. The Aztecs have had a couple of down scoring outings in their last two games, but they should come back to life here. I’m going with San Diego State.