The Toledo Rockets and the Ohio Bobcats meet in college basketball action from Ohio University Convocation Center on Tuesday.

Toledo enters this game at 10-8 so far. Over their last four games, the Rockets are 2-2 with losses to Kent State and Central Michigan alongside wins over Western Michigan and Akron.

In the win over the Zips, Toledo’s Marreon Jackson put up 36 points, five assists and two rebounds while Willie Jackson posted 23 points with 12 rebounds and two assists. Luke Knapke added 19 points with seven boards there as well.

Over on the Ohio side, they’re 10-8 this year as well. The Bobcats are also 2-2 in their last four games, falling to Buffalo and Bowling Green while beating Eastern Michigan on two separate occasions otherwise.

In the Saturday win over the Eagles, Ohio’s Ben Vander Plas led the way on 22 points and 11 rebounds. Jason Preston added 14 points with seven assists and eight rebounds, and Sylvester Ogbonda had 14 rebounds.

Toledo hit the skids in December with a five game losing streak that extended in this the new year, but they’ve played better over their last three games and managed to hang 99 on Akron their last time out.

As for Ohio, they’ve been pretty choppy this season but have managed at least 73 points in three of their last four games. This is a pair of decent teams and should be a solid game, but I like Ohio to hang on and cover here. 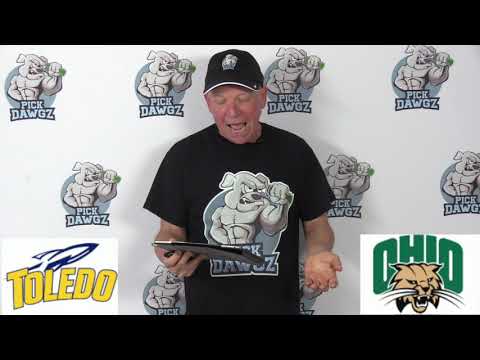