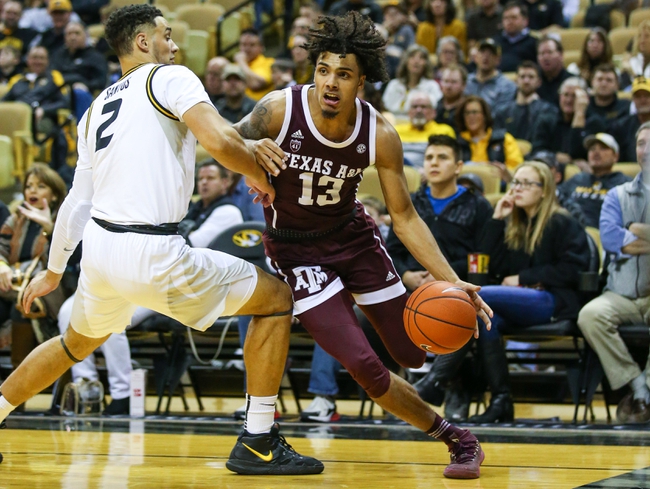 The Texas A&M Aggies and the Missouri Tigers meet in SEC conference college basketball action from the Mizzou Arena on Tuesday night.

The Texas A&M Aggies will look to rebound from back-to-back losses after an 81-67 loss to South Carolina last time out. Josh Nebo led the Aggies with 18 points on 6 of 10 shooting while Quenton Jackson added 12 points and Andre Gordon chipped in 10 points to round out the trio of double-digit scorers for Texas A&M in the losing effort. Savion Flagg added 8 points with a team-high 4 assists while Emanuel Miller added 9 points to match his team-high 9 rebounds as well in the defeat. Nebo leads the Aggies in scoring and rebounding with an average of 12.5 points and 7.5 rebounds per game while Flagg leads Texas A&M in assists with 2.4 assists per game this season. As a team, Texas A&M is averaging 60.8 points per game on 39.8% shooting from the field, 25.5% from behind the arc and 67.7% from the foul line this season.

The Missouri Tigers will look to bounce back from losses in four of their last five games after an 88-74 loss to Alabama last time out. Dru Smith led Missouri with 18 points along with 6 rebounds and 4 steals while Mark Smith added 15 points with 3 threes and 4 rebounds. Kobe Brown and Xavier Pinson each had 11 points to cap off the scoring in double figures for Mizzou in the loss. Dru Smith leads Missouri in scoring and assists with an average of 11.8 points and 4.1 assists per game while Mark Smith leads the Tigers in rebounding with 4.6 rebounds per game this season. As a team, Missouri is averaging 67.3 points per game on 42.5% shooting from the field, 31.2% from behind the arc and 75.7% from the foul line this season.

I get Missouri being favored because they’re at home and have done well against the number on home soil lately, but the problem is that I don’t think the Tigers are playing well enough to be laying this kind of number, even at home. In conference, the Tigers are being outscored by 9.4 points per game while Texas A&M is outscoring their conferences foes so far by 0.2 points per game. This shapes up to be a lower-scoring physical style battle in my opinion, so I’ll take Texas A&M and the points in this one. 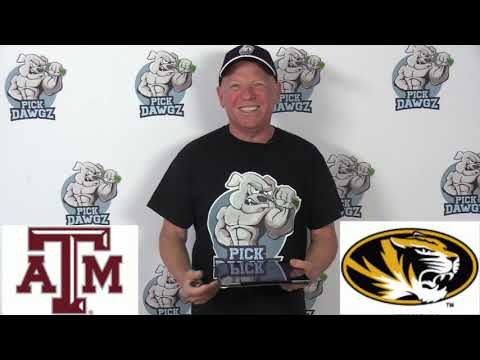