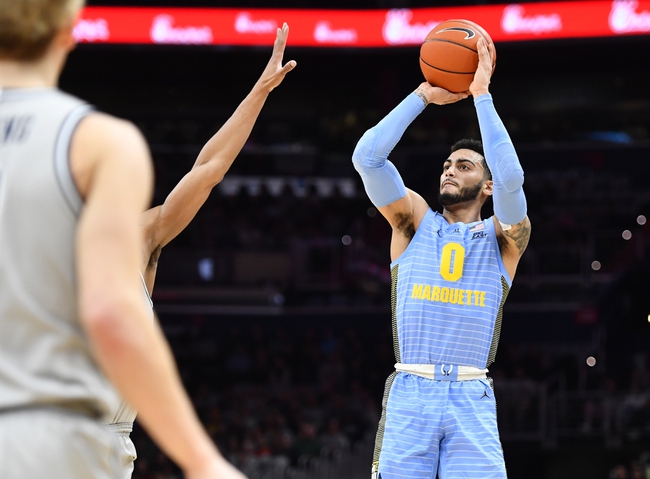 The St. John’s Red Storm will look to bounce back after losing 5 of their last 6 games after an 82-79 loss to Seton Hall last time out. Mustapha Heron led the Red Storm with 18 points with a pair of threes while Josh Roberts and LJ Figueroa each had 16 points with Roberts shooting 8 of 11 with a team-high 8 rebounds while Figueroa added a team-high 7 steals to cap off the trio of double-digit scorers for St. John’s in the losing effort. Nick Rutherford added 4 points with 6 assists and 3 steals as well in the defeat. Figueroa leads St. John’s in scoring with an average of 14.7 points per game while Roberts leads the Red Storm in rebounding with 6.7 rebounds per game and Rutherford leads the Red Storm in assists with 3.2 assists per game this season. As a team, St. John’s is averaging 75.7 points per game on 41.3% shooting from the field, 28.8% from behind the arc and 69.5% from the foul line this season.

The Marquette Golden Eagles will look to build on back-to-back wins after an 84-80 win over Georgetown last time out. Markus Howard accounted for half of Marquette’s scoring with 42 points on 14 of 31 shooting with 6 threes while Brendan Bailey added9 points and a team-high 7 rebounds. Jayce Johnson added 8 points with 7 rebounds of his own while Koby McEwen had 6 points with 5 rebounds and 9 assists. Howard leads Marquette in scoring with an average of 28.3 points per game while Bailey leads the Golden Eagles in rebounding with 5.5 rebounds per game and McEwen leads Marquette in assists with 3.2 assists per game this season. As a team, Marquette is averaging 77.6 points per game on 43.2% shooting from the field, 39.7% from behind the arc and 72.6% from the foul line this season.

I’m tempted by the Red Storm and the points, but the problem for me is that the Red Storm, while playing well ATS lately, has had a lot of their success come at home while on the road St. John’s is being outscored by 7.8 points per game. Marquette tends to rely on Markus Howard a lot for the scoring but the Golden Eagles put up a couple of solid wins lately and looked good doing it so I’ll lay the points with Marquette here. 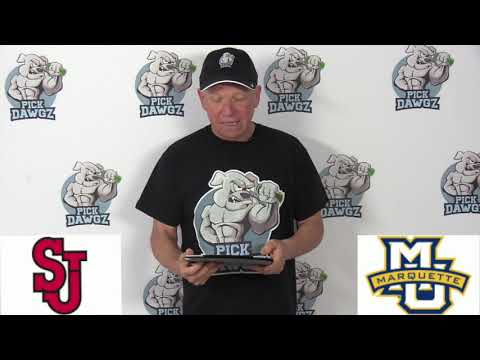