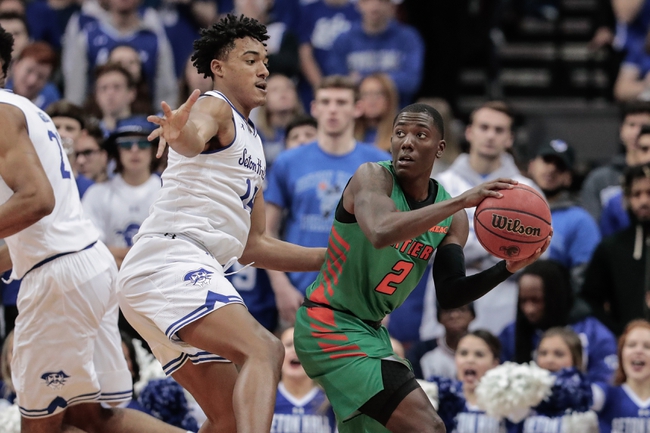 Where to Watch: famuathleics.com/watch Stream College Basketball all season on ESPN+. Sign up now!

The NC Central Eagles and the Florida A&M Rattlers meet in MEAC college basketball action from the Al Lawson Center on Monday afternoon.

The NC Central Eagles will look to build on back-to-back wins after an 86-59 win over Bethune-Cookman last time out. Jibri Blount led the Eagles with 29 points on 10 of 13 shooting with a 9 of 10 mark from the foul line along with 10 rebounds for the double-double. C.J. Keyser added 18 points on 6 of 8 shooting while Deven Palmer added 12 points to cap off the trio of double-digit scorers for NC Central in the winning effort. Jordan Perkins added 9 points with a team-high 6 assists as well in the victory. Blount leads NC Central in scoring and rebounding with an average of 19.8 points and 9.1 rebounds per game while Perkins leads the Eagles in assists with 4.7 assists per game this season. As a team, NC Central is averaging 67.7 points per game on 45.3% shooting from the field, 29.4% from behind the arc and 66.7% from the foul line this season.

The Florida A&M Rattlers will look to rebound after an 81-65 loss to South Carolina State in their last outing. Nasir Core led the Rattlers with 15 points on 4 of 6 shooting with 3 threes and a team-high 4 assists. Evins Desir and MJ Randolph each had 12 points with Desir adding 6 rebounds while Rod Melton Jr. added 10 points to finish off the group of double-digit scorers for Florida A&M in the loss. Randolph leads Florida A&M in scoring and assists with an average of 12.8 points and 2.6 assists per game while DJ Jones leads Florida A&M in rebounding with 6.4 rebounds per game this season. As a team, Florida A&M is averaging 62.8 points per game on 40.4% shooting from the field, 28.8% from behind the arc and 63.7% from the foul line this season.

I’ve gone back and forth on this game and basically if you take the free bucket with NC-Central, you’re almost saying that the Eagles win outright which is hard to stomach with a team that’s 2-10 on the road this season. However, the Eagles have just been playing better since the beginning of the month, winning back-to-back road games and 3 of their last 4 games overall. Florida A&M is playing decent in their own right, but the Rattlers are being outscored by 4 points per game since the beginning of January and I just think we’re getting a free bucket with the better team. I’ll take NC Central and the points here.