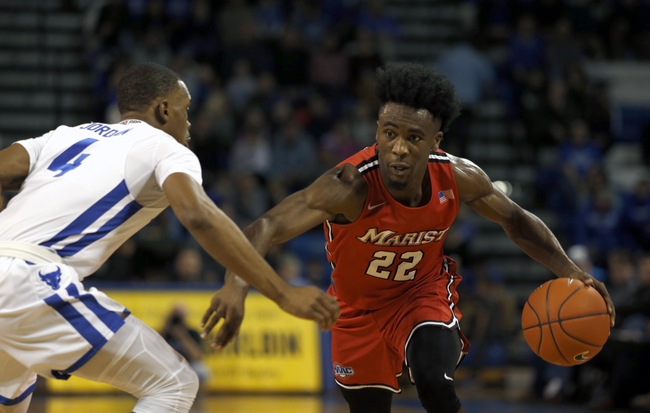 The Iona Gaels and the Marist Red Foxes meet in college basketball MAAC-tion from McCann Arena on Sunday afternoon.

The Iona Gaels will look to find some consistency after alternating wins and losses in each of their last four games following a 64-57 win over Fairfield last time out. Tajuan Agee and Asante Gist each had 13 points with Agee shooting 6 of 11 with a pair of steals and a pair of blocks while Gist hit a pair of triples. Isaiah Washington added 12 points with 5 rebounds while E.J. Crawford added 10 points with 6 rebounds to finish off the scoring in double figures for Iona in the winning effort. Dylan van Eyck and Mohammed Thiam each had 6 rebounds as well in the victory. Crawford leads Iona in scoring with an average of 17.2 points per game while Agee leads the Gaels in rebounding and assists with 8.3 rebounds and 3 assists per game. As a team, Iona is averaging 67.5 points per game on 41.4% shooting from the field, 30.8% from behind the arc and 73% from the foul line this season.

The Marist Red Foxes will look to rebound from back-to-back losses after a 74-66 loss to Monmouth in their last outing. Tyler Saint-Furcy led the Red Foxes with 17 points on 5 of 10 shooting with 4 threes while Michael Cubbage and Braden Bell each had 11 points with Bell shooting 5 of 9 with 6 rebounds, 3 assists and 3 steals while Cubbage had 13 rebounds and a team-high 4 assists for the double-double. Jordan Jones added 10 points to cap off the scoring in double figures for Marist in the losing effort. Matthew Herasme added 4 steals as well in the defeat for Marist. Cubbage leads Marist with an average of 9.9 points, 5.7 rebounds and 2.1 assists per game this season. As a team, Marist is averaging 57.1 points per game on 37.4% shooting from the field, 30.9% from behind the arc and 58.4% from the foul line this season.

I’m tempted to take the points with a home dog a lot of the time, but the fact is that Marist is one of the worst offensive teams in the country and are actually 0-6 SU at home this season and 1-5 ATS on their own floor. Iona hasn’t been great, but the Gaels have been picking up wins here and there, and half of their wins have come on the road this season. I’ll lay the points with Iona in this one. 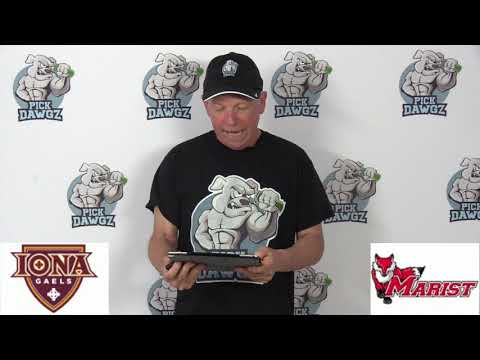