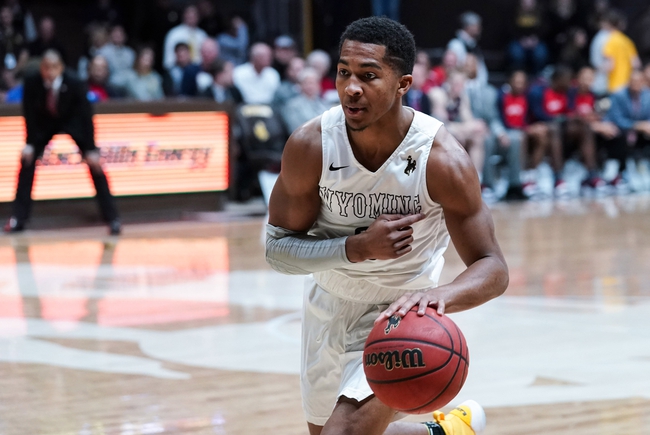 The Fresno State Bulldogs and the Wyoming Cowboys meet in Mountain West conference college basketball action from the Arena-Auditorium on Saturday evening.

The Wyoming Cowboys will be out to snap a five-game losing streak after a 68-67 loss to Nevada last time out. Hunter Maldonado led the Cowboys with 17 points on 6 of 14 shooting with 6 rebounds and a team-high 10 assists while Hunter Thompson came right behind with 16 points on 5 of 9 shooting with 4 threes. Jake Hendricks and Kenny Foster each had 10 points with Hendricks adding 3 threes to round out the group of double-digit scorers for Wyoming in the defeat. Kwane Marble II added 8 points with a team-high 9 rebounds and 3 steals as well in the loss. Maldonado leads Wyoming with an average of 17.9 points, 5.8 rebounds and 3.9 assists per game this season. As a team, Wyoming is averaging 60.7 points per game on 40.9% shooting from the field, 31.6% from behind the arc and 70.4% from the foul line this season.

I’m not looking to back either of these teams right now, but if you’ve followed me long enough, you know my stance on Wyoming. Most times I see Wyoming on the board, I’m headed the other way, and even in a winnable scenario like this at home, it’s not changing. Wyoming looked competitive against Nevada and got some scoring depth, but it didn’t matter as the Cowboys fell short again. Wyoming’s only scoring 63.2 points per game at home and being outscored by 4.2 points per game while Fresno State is being outscored by 4 points per game on the road and are averaging 63.3 points per game, both better numbers than Wyoming this season. The Bulldogs are also the stronger offense on the year, so I’ll side with Fresno State on the road in this one.