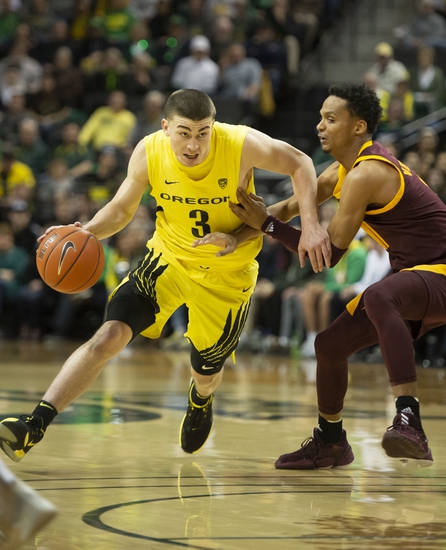 The 8th ranked Oregon Ducks will travel to Alaska Airlines Arena to take on the Washington Huskies this Saturday afternoon in College Basketball action.

The 8th ranked Oregon Ducks had their 3-game winning streak snapped and dropped to 14-4 (3-2 Pac-12) on the season after being defeated by the Washington State Cougars, 72-61, this past Thursday. Oregon struggled defensively agianst Washington State and couldn’t fight back after an 8-0 Cougars run gave the Cougars a 68-58 lead with just :59 seconds left in regulation. Oregon shot 47.1% from the field, however, allowed Washington State to shoot 48.1% from the field and 52.4% from beyond the arc in the loss. Leading the way for the Ducks was Payton Pritchard who had 22 points, 5 rebounds, and 5 assists.

Defensively, Oregon is allowing their opponents to average 67.2 ppg on 39.6% shooting from the field. The Ducks have a rebound margin of 2.9 and turnover margin of 0.2.

The Washington Huskies snapped a 2-game losing streak and improved to 12-6 (2-3 Pac-12) on the season after defeating the Oregon State Beavers, 64-56, this past Thursday. Washington has one of their best defensive efforts of the season agianst Oregon State and held a double-digit lead throughout the 2nd half after going into halftime with a 31-21 lead. Washington shot 50.0% from the field while holding Oregon State to just 39.2% shooting from the field and 16.7% from beyond the arc. Leading the way for the Huskies was Isaiah Stewart who had 13 points, 5 rebounds, 4 blocks, and a steal.

Defensively, Washington is holding their opponents to an average of 62.4 ppg on 37.2% shooting from the field. The Huskies have a rebound margin of 1.1 and a turnover margin of -0.6.

Oregon has been one of the better offensive teams in the country as they rank T-48th in scoring offense, 13th in FG%, & 10th in 3P-FG%, however, the Ducks are just 2-2 on the road this season and have averaged just 65 ppg (12 less than their season average) in their last three road games.

Washington has been led by their defense this season as they currently rank 47th in scoring defense, 4th in blocks per game, and 13th in defensive FG%.

Washington picked up a nice win against Oregon State, however, it’s been a struggle as of late as the Huskies have lost 4 of their last 6 games at home. Oregon has had success in recent trips to Washington, winning their last four games at Washington and as they have the best player on the court in Payton Pritchard, I think the Ducks will do enough to avoid back-to-back losses and cover this small spread. 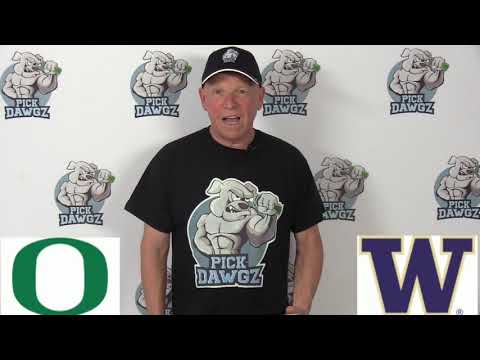