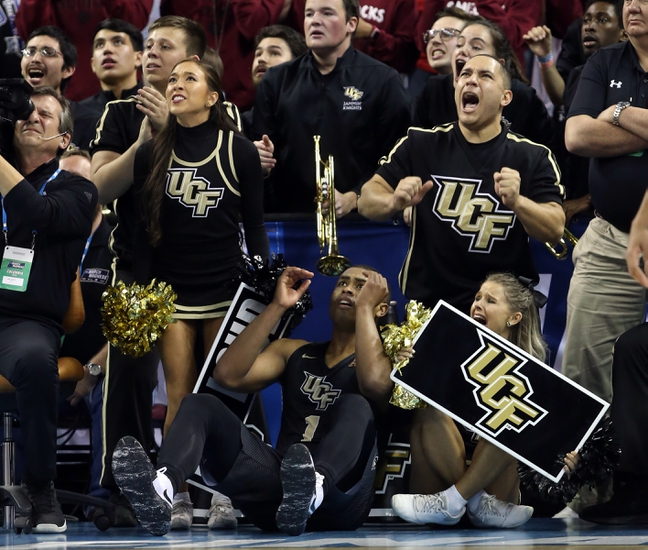 The USF Bulls and the UCF Knights meet in AAC college basketball action from the Addition Financial Arena on Saturday evening.

The USF Bulls will look to rebound after a 68-64 loss to Memphis in their last outing. David Collins led the Bulls with 24 points along with 4 rebounds and a pair of steals while Ezacuras Dawson III added 15 points on 6 of 13 shooting with 3 threes and 5 assists. Laquincy Rideau added 5 points with a team-high 6 assists and 3 steals as well while Michael Durr and Justin Brown each had 9 points with Durr adding a team-high 5 rebounds as well in defeat. Collins leads USF in scoring with an average of 15.1 points per game while Durr leads the Bulls in rebounding with 6.4 rebounds per game and Rideau leads USF in assists with 4.4 assists per game this season. As a team, USF is averaging 64.4 points per game on 41.8% shooting from the field, 33.7% from behind the arc and 60.7% from the foul line this season.

The UCF Knights will look to build on a 74-55 win over Tulane last time out. Dazon Ingram led the Knights with 15 points along with team-highs of 16 rebounds and 7 assists for the double-double. Matt Milon and Darin Green Jr. each had 4 threes for their 12 points apiece and Brandon Mahan added 11 points to cap off the group of double-digit scorers for UCF in the win. Ceasar DeJesus added 5 assists as well in the victory for UCF. Collin Smith had 7 points but still leads UCF in scoring with an average of 13.5 points per game while Ingram leads the Knights in rebounding and assists with an average of 7.8 rebounds and 3.9 assists per game this season. As a team, UCF is averaging 69.5 points per game on 42.9% shooting from the field, 30.5% from behind the arc and 68.9% from the foul line this season.

This isn’t a game I’m going out of my way to bet as you have a USF team that struggles on the road and hasn’t been the prettiest offensive unit this season against a UCF team that had been struggling for the most part before giving Tulane a real punch in the mouth. However, UCF’s losses were forgivable, while USF had that head-scratching loss to an East Carolina team that isn’t very good and are still being outscored by 9.3 points per game on the road this season. I just think you’re trying to find the lesser of two evils here and to me, that’s UCF at home.