The 18th ranked Seton Hall Pirates won their 7th straight game and improved to 13-4 (5-0 Big East) on the season after upsetting the 5th ranked Butler Bulldogs, 78-70, this past Wednesday. Seton Hall trailed by a 40-30 margin at halftime, however, was outstanding offensively in the 2nd half and pulled away after taking a 70-66 lead with 3:13 left in regulation. Seton Hall shot 41.4% from the field and held Butler to just 28.6% shooting from beyond the arc in the victory. Leading the way for the Pirates was Myles Powell who had 29 points, 7 rebounds, 2 assists, and 3 steals.

Defensively, Seton Hall is holding their opponents to an average of 64.4 ppg on 38.6% shooting from the field. The Pirates have a rebound margin of 1.5 and a turnover margin of 1.8.

Defensively, St. John’s is allowing their opponents to average 67.8 ppg on 39.1% shooting from the field. The Red Storm have a rebound margin of -0.3 and a turnover margin of 5.8.

Seton Hall showed how dangerous a team they can be this season in the 2nd half of their recent victory at Butler and have been solid on both ends of the court this season as they currently rank 93rd in scoring offense & 72nd in scoring defense. St. John’s doesn’t shoot the ball that well, but their still able to put up points as they rank 87th in scoring offense and have been solid defensively as they come into this match-up ranked 4th in steals per game & 44th in defensively FG%.

Seton Hall is the better team, however, St. John’s is always a tough team when they take the court at Madison Square Garden and between the fact that I think their defense will have some success against the Pirates and that I expect a bit of a let down from the Pirates who will be playing their 3rd road game over the past 10 days, I think the Red Storm do enough to cover with the points. 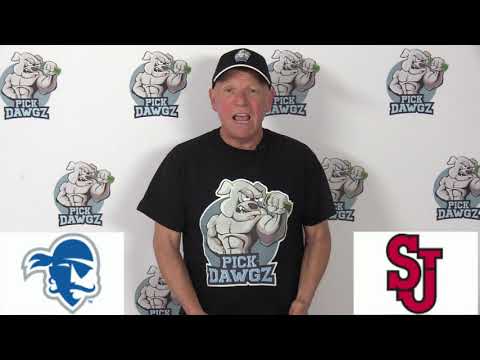