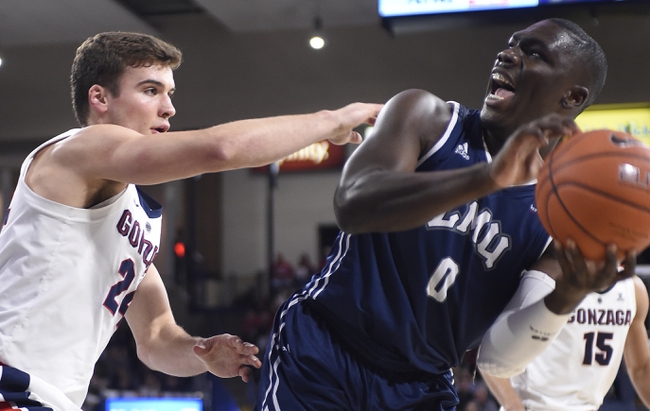 The Loyola Marymount Lions will travel to War Memorial Gymnasium to take on the San Francisco Dons this Saturday afternoon in College Basketball action.

The Loyola Marymount Lions lost their 3rd straight game and dropped to 7-11 (1-3 WCC) on the season after being defeated by the Pepperdine Waves, 75-67, this past Thursday.  Loyola Marymount struggled defensively agianst Pepperdine and couldn’t fight back after a 9-0 Waves run gave Pepperdine a 68-55 lead with just 2:31 left in regulation. Loyola Marymount shot just 27.3% from beyond the arc while allowing Pepperdine to shoot 46.8% from the field and 47.8% from beyond the arc in the loss. Leading the way for the Lions was Jordan Bell who had a double-double with 14 points, 13 rebounds, 1 assist, 3 blocks, and 3 steals.

Defensively, Loyola Marymount is allowing their opponents to average 68.4 ppg on 43.6% shooting from the field. The Lions have a rebound margin of -1.2 and a turnover margin of 0.6.

The San Francisco Dons won their 2nd straight game and improved to 13-6 (2-2 WCC) on the season after defeating the Pacific Tigers, 79-75, this past Saturday. San Francisco was outstanding on the offensive end and held on late after taking a 57-36 lead with 15:28 left in regulation. San Francisco shot 50.9% from the field and 47.6% from beyond the arc in the victory. Leading the way for the Dons was Charles Minlend who had 19 points, 4 rebounds, and 1 assist.

Defensively, San Francisco is allowing their opponents to average 68.4 ppg on 43.6% shooting from the field. The Dons have a rebound margin of -1.2 and a turnover margin of 0.6.

San Francisco has been solid offensively, ranking 24th in scoring offense & 17th in three-pointers per game, however, the Dons have had issues defensively this season as they come into this match-up ranked just 234th in scoring defense & 289th in defensive FG%.

Loyola Marymount comes into this game with an 0-5 record on the road, however, they’ve been competitive I this match-up in recent years, even winning a 74-69 game in San Francisco last year as 7-point underdogs. San Francisco has a solid offense that should be able to put up some points, however, I just don’t think they should be double-digit favorites in this one and I think as Loyola Marymount will try to slow down the pace in this game, that the Lions will be able to do just enough to cover with the points.