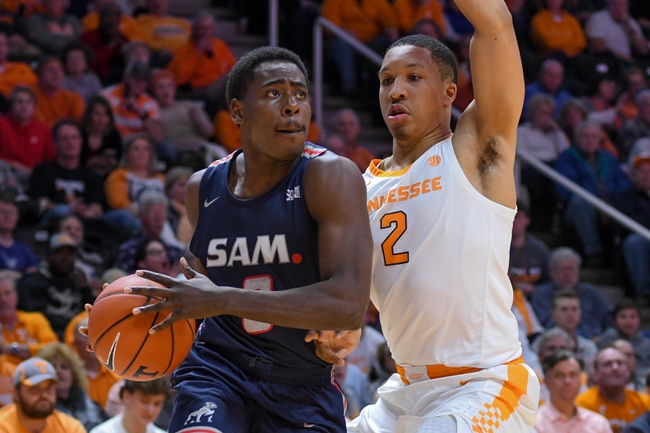 The Mercer Bears (7-11, 1-4 CONF) and the Samford Bulldogs (8-11, 2-3 CONF) will meet in a Southern Conference matchup on Saturday, January 18th at 3:00 PM eastern time. The game will be played at the Pete Hanna Center in Birmingham, Alabama.

Mercer just earned its first win in SoCon play, beating VMI 73-62 at home. Senior guard Djordje Dimitrijevic led the Bears in scoring with 26 points. That win snaps a three-game losing streak for Mercer, in which they lost to UNCG, Chattanooga, and Western Carolina all by single digits.

Samford lost to ETSU on the road in their last game, 88-63. G Josh Sharkey had 18 points and 3 assists in the losing effort for the bulldogs. That loss makes it three straight for a Samford team that started conference play at 2-0 with wins over VMI and the Citadel. On January 11th, Samford was totally obliterated by Chattanooga, 105-67.

Mercer has been about average in terms of scoring and defense this season. The Bears have shot the ball at a 44.1 % clip so far this year. Mercer averages 71.2 points and allows 71.9 points per game. Mercer also earns 36.2 rebounds, 13.9 assists, 2.4 blocks, and 7.2 assists per game this year.

Samford likes to play an up-tempo offense, and they are quarterbacked by G Josh Sharkey on each possession. Samford has shot the ball at 44.8 % accuracy this year. The Bulldogs score 75.3 points and allow 78.3 per contest. Samford also earns 38.2 rebounds, 12.4 assists, 3.2 blocks, and 7.1 steals per game.

In the Southern Conference, the better teams are the ones that can score consistently. Although Samford has struggled in their last three games, I think that the bulldogs can figure it out at home against a weaker Mercer team. I will take Samford and lay the 2 points.