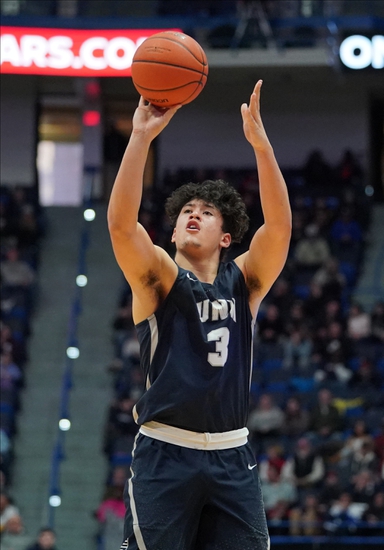 The UMBC Retrievers will travel to Lundholm Gymnasium to take on the New Hampshire Wildcats this Saturday morning in College Basketball action.

The UMBC Retrievers lost their 3rd consecutive game and dropped to 7-11 (0-3 American East) on the season after being defeated by the Vermont Catamounts, 74-50, this past Saturday. UMBC trailed by just a 35-34 margin early in the 2nd half agianst the heavily favored Catamounts, however, struggled offensively in the 2nd half and couldn’t fight back after a 10-0 Vermont run gave the Catamounts a 61-42 lead with 7:18 remaining. UMBC shot just 35.4% from the field and 25.0% from beyond the arc in the loss. Leading the way for the Retrievers was Brandon Horvath who had 14 points & 4 rebounds.

Defensively, UMBC is allowing their opponents to average 68.9 ppg on 42.5% shooting from the field. The Retrievers have a rebound margin of -0.5 and a turnover margin of 1.2.

The New Hampshire Wildcats lost their 2nd straight game and dropped to 7-10 (1-3 American East) on the season after being defeated by the Albany Great Danes, 76-73 in OT, this past Wednesday. New Hampshire fought back from a double-digit 2nd half deficit to force OT and had a late 74-73 lead in OT, however, couldn’t hold on for the win after Albany’s Antonio Rizzuto made a game-winning jumper with just :03 seconds left in OT. New Hampshire shot 38.7% from the field and while allowing Albany to shoot 52.9% from beyond the arc in the loss. Leading the way for the Wildcats was Sean Sutherlin who had 15 points, 9 rebounds, 1 assist, & 3 steals.

Defensively, New Hampshire is allowing their opponents to average 66.5 ppg on 39.6% shooting from the field. The Wildcats have a rebound margin of 8.1 and a turnover margin of -1.2.

UMBC is more of a well-known name after their incredible victory a few years ago, becoming the first 16-seed to win a NCAA Tournament game, however, the Retrievers are no where near the talent level of that team and have really struggled at the start of American East play. New Hampshire is nothing more than a middle of the road American East team, however, the Wildcats have been solid defensively this season, ranking 113th in scoring defense and should have an advantage on the boards as they currently rank 16th in rebound margin. New Hampshire was impressive in their loss agianst Albany and as I think the Wildcats will make it hard for UMBC to put up a lot of points, I think the Wildcats do enough to cover this small spread.