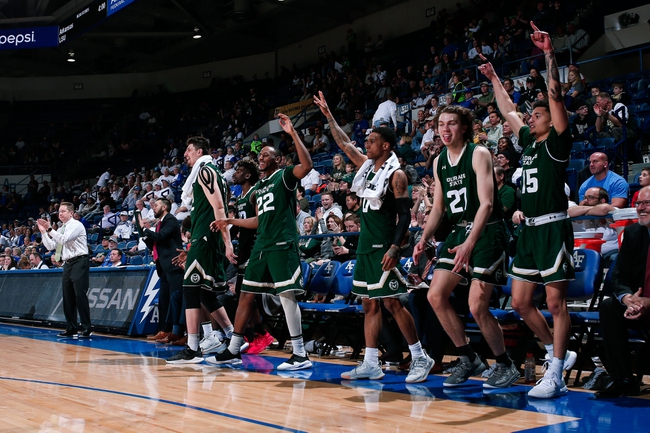 The Colorado State Rams will travel to Clune Arena to take on the Air Force Falcons this Saturday afternoon in College Basketball action.

The Colorado State Rams won their 3rd straight game and improved to 12-7 (3-3 Mountain West) on the season after defeating the New Mexico Lobos, 105-72, this past Wednesday. Colorado State had one of their best offensive performances of the season and had no trouble picking up the victory after going into halftime with a 56-33 lead. Colorado State shot 59.4% from the field and 67.9% from beyond the arc in the victory. Leading the way for the Rams was Iasiah Stevens who had 19 points, 3 rebounds, and 8 assists.

Defensively, Colorado State is allowing their opponents to average 70.7 ppg on 43.8% shooting from the field. The Rams have a rebound margin of 2.8 and a turnover margin of -0.5.

The Air Force Falcons improved to 9-9 (3-3 Mountain West) on the season after defeating the Boise State Broncos, 85-78, this past Wednesday. Air Force led by a 42-34 margin at halftime and pulled away in the 2nd half after taking a 77-67 lead with just 1:18 left in regulation. Air Force shot 50.0% from the field and committed just 8 turnovers in the victory. Leading the way for the Falcons was Lavelle Scottie who had 21 points, 5 rebounds, and a steal.

Defensively, Air Force is allowing their opponents to average 71.8 ppg on 46.3% shooting from the field. The Falcons have a rebound margin of 1.3 and a turnover margin of -0.2.

Colorado State has won 5 of their last 6 games and have been led by their high-powered offense that ranks 106th in scoring offense, 42nd in FG%, and 88th in 3P-FG%.

Air Force has split their last 6 games and although their offense has been solid, ranking 45th in scoring offense & 20th in FG%, the Falcons have really struggled defensively as they currently rank 242nd in scoring defense and 321st in defensive FG%.

This should be an entertaining, high-scoring game as both Colorado State & Air Force know how to score the basketball. Air Force has been decent at home this season, however, Colorado State is the more talented team and as I think the Rams will have no issues scoring at will agianst the below average Air Force defense, I’m taking Colorado State to cover this small road spread.