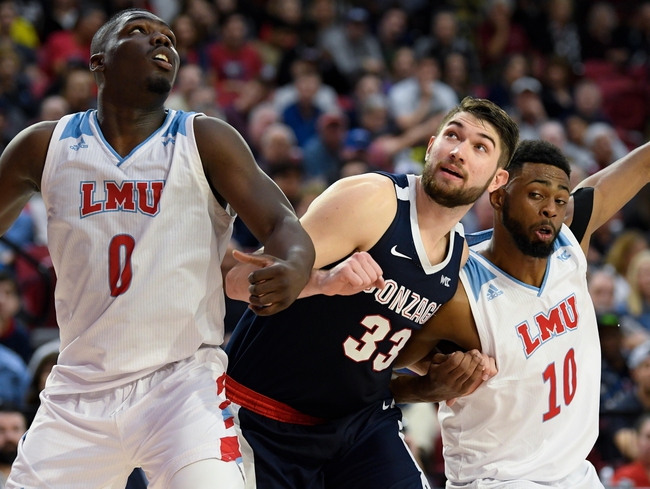 The Loyola Marymount Lions and the Pepperdine Waves meet in West Coast conference college basketball action from the Firestone Fieldhouse on Thursday night.

The Loyola Marymount Lions will look to rebound from back-to-back losses after an 87-62 loss to Gonzaga in their last outing. Eli Scott led the Lions with 20 points on 9 of 13 shooting with 5 rebounds and 3 assists while Ivan Alipiev added 11 points with 3 threes as the only other LMU player to score in double figures in the losing effort. Seikou Sisoho-Jawara and Jordan Bell each had a team-high 4 assists as well in the defeat. Scott leads Loyola Marymount with an average of 16.3 points, 6.4 rebounds and 4.6 assists per game this season. As a team, Loyola Marymount is averaging 66.5 points per game on 47% shooting from the field, 32.6% from behind the arc and 63.4% from the foul line this season.

The Pepperdine Waves will look to build on an 85-78 win over San Diego in their last outing. Kameron Edwards led the Waves with 23 points on 9 of 13 shooting with 4 threes and a team-high 8 rebounds while Colbey Ross came right behind with 22 points along with a team-high 7 assists. Skylar Chavez added 19 points on 6 of 11 shooting with 3 threes to round out the trio of double-digit scorers for Pepperdine in the victory. Kessler Edwards added 8 points with 6 rebounds as well in the winning effort. Ross leads the Waves in scoring and assists with an average of 19.9 points and 7.4 assists per game while Kessler Edwards leads Pepperdine in rebounding with 7.8 rebounds per game this season. As a team, Pepperdine is averaging 76.7 points per game on 43% shooting from the field, 35.6% from behind the 3-point line and 83.5% from the foul line this season.

I get Pepperdine being favored at home, especially when the Waves are the much better team offensively. However, the Waves also give up a lot of points on the defensive end, and while LMU hasn’t looked good in their last couple of games, a road loss to BYU and a home loss to Gonzaga isn’t really anything that can’t be forgiven for the Lions. Four of the last five head-to-head have also been decided by six points or less, so I’ll take a shot with Loyola Marymount and the points in what should be another close affair.