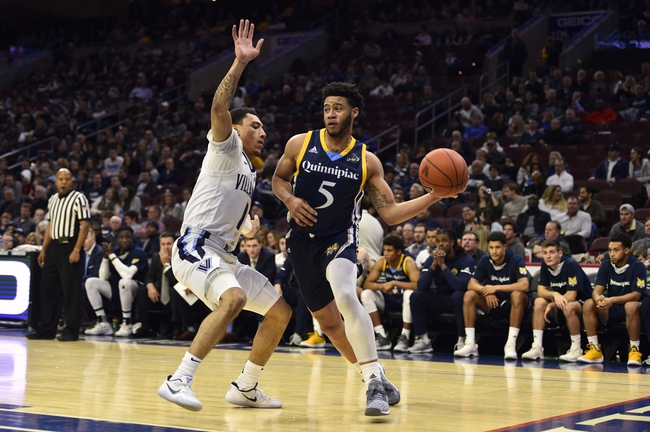 The Quinnipiac Bobcats and Manhattan Jaspers meet Thursday in college basketball action at the Draddy Gymnasium.

The Manhattan Jaspers do play their best basketball at home, but you can argue that the Quinnipiac Bobcats are the better team. Not only are the Quinnipiac Bobcats riding a five-game winning streak with each win coming by an average of 10.8 points, but they're an impressive 10-4 ATS as well. The Manhattan Jaspers are just 7-6 ATS on the season and are winning their last five games by an average of .2 points despite shooting four percent better than opponents. I'll take my chances with the Bobcats and the free bucket.