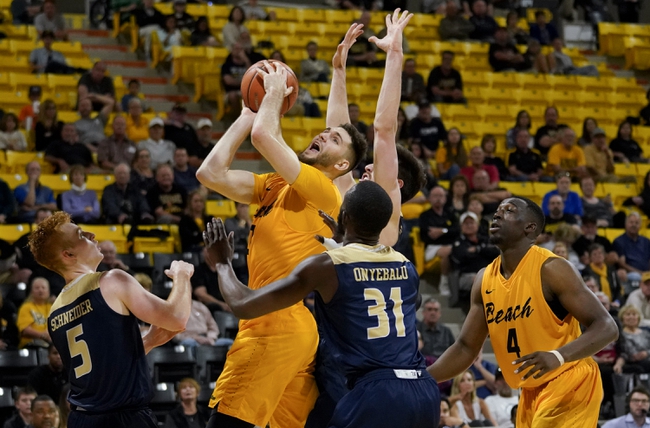 The UC-Davis Aggies will look to bounce back from a 65-59 loss to UC-Riverside in their last outing. Ezra Manjon led the Aggies with 17 points on 7 of 12 shooting with 3 steals while Elijah Pepper added 13 points with a team-high 6 rebounds and Joe Mooney added 12 points to round out the trio of double-digit scorers for UC-Davis in the losing effort. Kennedy Koehler added a team-high 4 assists and 3 steals as well in the defeat. Mooney leads UC-Davis in scoring with an average of 15.2 points per game while Pepper leads the Aggies in rebounding with an average of 5.4 rebounds per game and Manjon leads UC-Davis in assists with 3.9 assists per game this season. As a team, UC-Davis is averaging 71.2 points per game on 46% shooting from the field, 36.3% from behind the arc and 77.3% from the foul line this season.

I’m tempted to take the Beach at home, but the problem is that UC-Davis has been really strong against the number lately, especially on the road where the Aggies have covered their last 6 games. Long Beach State is battle-tested as always and have been good at home, but I can’t pass on UC-Davis right now with the way they’ve been competing. Give me the Aggies in this toss-up.