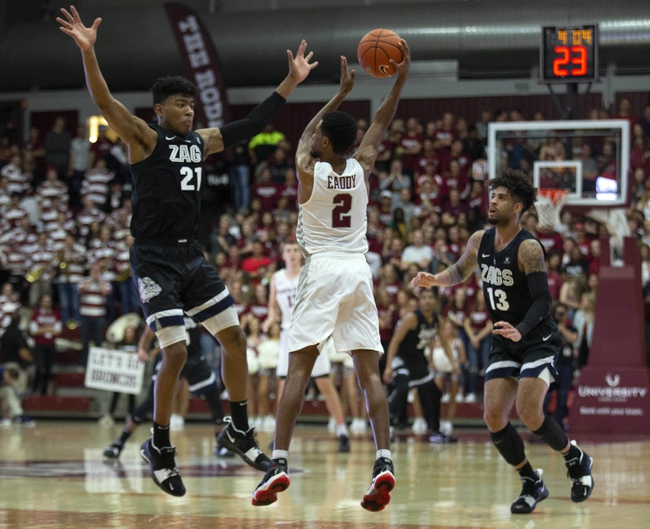 The Santa Clara Broncos and the Gonzaga Bulldogs meet in college basketball action from McCarthey Athletic Center on Thursday.

Santa Clara enters this one at 15-3 so far. Over their last four games, the Broncos are 3-1, with a loss to San Francisco along with wins over Alcorn State, San Diego and Saint Mary’s. 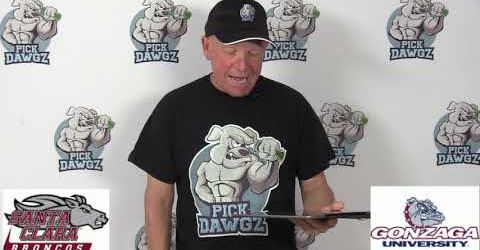 In the win over the Gaels, Santa Clara’s top scorer was Josip Vrankic, who doubled up on 22 points with 10 rebounds. Also in double-digits there was Donovan Mitchell with 16 points and eight rebounds.

Over on the Gonzaga side, they’re 18-1 this year. Since their lone loss to Michigan, the Bulldogs have taken out TX Southern, Washington, Arizona, UNC, Eastern WA, Detroit, Portland, Pepperdine, San Diego and LMU in succession.

In the win over the Lions, Gonzaga’s Filip Petrusev led the way on 16 points with seven rebounds, and Corey Kispert had 15 points. Drew Timme doubled up there with 10 points, 11 rebounds and three assists as well.

Santa Clara had to fight off a tough Gaels team in their last outing, but were able to hang on for a 67-66 victory that marks a solid win for the Broncos and a nice bounce back from the 19-point blowout loss to San Francisco.

Santa Clara will need every bit of that moxie here, as Gonzaga won’t let up. The Bulldogs just finished dicing through a couple of bad teams, allowing 112 total points in two games. This is a classic David and Goliath matchup, and the final score is really about the only question here. I think Santa Clara—if they play to their capabilities—can hang around closely enough to manage a cover, so I’m going Broncos.