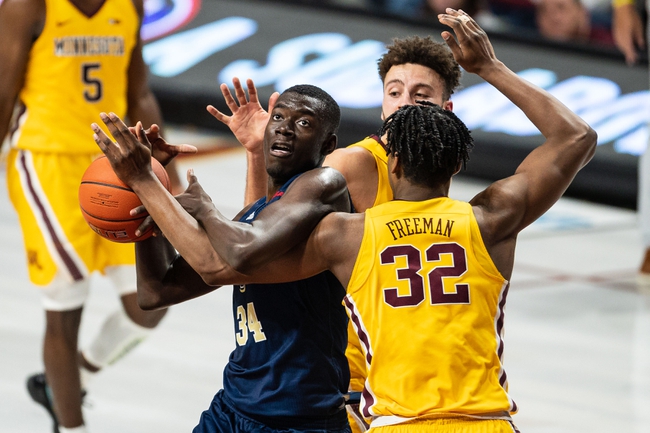 The UAB Blazers and the FIU Panthers meet in C-USA college basketball action from the Ocean Bank Convocation Center on Thursday night.

The UAB Blazers will look to build on back-to-back wins after a 61-50 win over Marshall in their last outing. Makhtar Gueye led UAB with 15 points on 7 of 10 shooting with 7 rebounds while Tavin Lovan added 11 points and 7 rebounds of his own as the only other UAB player to score in double figures in the winning effort. Tamell Pearson and Tyrell Scott-Grayson each had 7 points with Pearson adding 7 rebounds while Scott-Grayson had 11 rebounds and 3 steals. Jalen Benjamin had 9 points but still leads UAB in scoring with an average of 11.8 points per game while Gueye leads the Blazers in rebounding with 5.7 rebounds per game and Bryant leads UAB in assists with 2.7 assists per game this season. As a team, UAB is averaging 64.1 points per game on 44% shooting from the field, 30.9% from behind the arc and 68.1% from the foul line this season.

The FIU Panthers will look to rebound from back-to-back losses after a 92-78 loss to Rice last time out. Devon Andrews and Trejon Jacob each had a team-high 19 points along with 7 rebounds with Jacob shooting 7 of 14 with 4 threes. Osasumwen Osaghae added 18 points on 7 of 8 shooting with a team-high 8 rebounds while Antonio Daye Jr chipped in 10 points with 5 rebounds and 5 assists to finish off the group of double-digit scorers for FIU in the losing effort. Andrews leads FIU in scoring with an average of 16.8 points per game while Osaghae leads the Panthers in rebounding with 8.4 rebounds per game and Daye Jr. leads FIU in assists with 5 assists per game this season. As a team, FIU is averaging 80.2 points per game on 46.3% shooting from the field, 35.5% from behind the arc and 65.1% from the foul line this season.

Both teams have been playing well lately, and to be honest, if this is a trap line, I’ll bite. UAB plays outstanding defense, but the Blazers are only scoring 64.1 points per game on the year and just 59.7 points per game on the road. FIU is averaging 80.4 points on the year, 85.1 points pe game at home and are 7-0 SU at home this season. I’ll side with FIU in this pick ‘em scenario.