The William & Mary Tribe and the Delaware Blue Hens meet in CAA college basketball action from the Bob Carpenter Center on Thursday night.

The William & Mary Tribe will look to add to their current five-game winning streak after a 67-56 win over Charleston in their last outing. Nathan Knight led the Tribe with 21 points oalong with 13 rebounds and 3 blocks for the double-double while Luke Loewe added 10 points on 4 of 6 shooting with a pair of threes as the only other double-digit scorer for William & Mary in the win. Thornton Scott added 8 points and a team-high 5 assists as well in the victory. Knight leads the Tribe by averaging a double-double per game with team-highs of 20 points and 10.4 rebounds per game while Scott leads William & Mary in assists with 4.2 assists per game this season. As a team, William & Mary is averaging 73.8 points per game on 47.7% shooting from the field, 36.5% from behind the arc and 73.6% from the foul line this season. 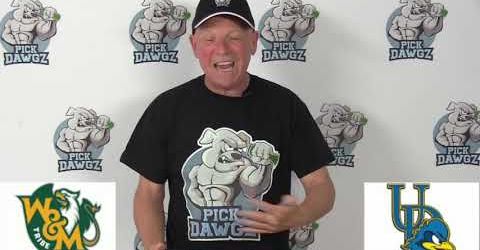 The Delaware Blue Hens will look to rebound from an 84-68 loss to Towson last time out. Nate Darling led the Blue Hens with 16 points along with 3 threes while Ryan Allen came right behind with 15 points including 3 triples of his own as well as 3 assists. Dylan Painter added 11 points with 3 assists to round out the trio of double-digit scorers for Delaware in the loss while Justyn Mutts added a team-high 6 rebounds. Darling leads Delaware in scoring with an average of 19.6 points per game while Mutts leads the Blue Hens in rebounding with 8.9 rebounds per game and Kevin Anderson leads Delaware in assists with 3.4 assists per game this season. As a team, Delaware is averaging 47.7 points per game on 47.7% shooting from the field, 35.9% from behind the arc and 75.3% from the foul line this season.

I get the Blue Hens being favored at home and the line swinging three points is tempting me to swing to Delaware. However, William & Mary has been a solid cover team all year long, especially on the road where the Tribe have gone 7-5 ATS and I just think that we are getting the better team, playing better basketball with free points so I’ll side with William & Mary and the points in this one.