The Line: College of Charleston Cougars -4 -- Over/Under: 136.5 Click Here for the Latest Odds

The Northeastern Huskies and the College of Charleston Cougars meet in college basketball action from TD Arena on Thursday.

Northeastern enters this game at 9-8 so far. After a four-game win streak versus Detroit, Towson, JMU and Elon, the Huskies have lost their last two games to William & Mary and Hofstra. 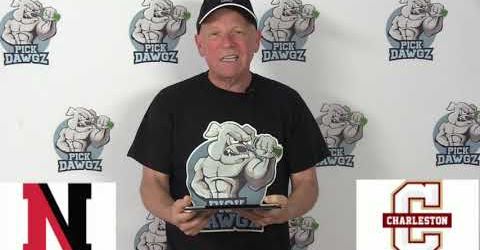 In the loss to the Pride, Northeastern’s lead scorer was Jordan Roland with 28 points and four rebounds. Bolden Brace added 18 points, 10 rebounds and three assists there, and Tyson Walker chipped in 10 points.

Over on the Charleston side, they’re 11-7 this year. Following a six-game win streak over SC State, Drexel, Delaware, Towson, James Madison and Elon, the Cougars lost their last game to William & Mary.

In the loss to the Tribe, Charleston’s lead scorer was Jaylen McManus had 12 points with six rebounds and one assist. The only other Cougars player in double-digits there was Grant Riller with 10 points, five rebounds and five assists.

Northeastern was putting up some pretty solid points totals during their win streak—outside of the 61 in a 16-point victory over Towson, that is. The Huskies have hit at least 72 points in four of their last six games.

As for Charleston, they were on a run of at least 71 in nine straight games, but hit the wall with just 56 versus the Tribe. Still, I like the Cougars to bounce back here and bang out a cover.