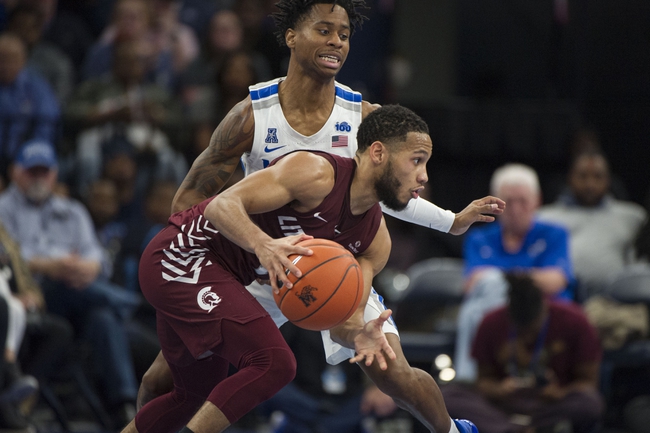 The Little Rock Trojans will look to rebound from back-to-back losses after a 52-43 loss to South Alabama in their last outing. Marko Lukic led the Trojans with 16 points on 5 of 11 shooting from 3-point range while Ruot Monyyong added 11 points with 10 rebounds for the double-double as the only other double-digit scorer for Little Rock in the loss. Jaizec Lottie added 8 points with a team-high 6 assists as well in the losing effort. Markquis Nowell continues to be questionable with a hamstring injury, but he still leads the Trojans in scoring and assists with an average of 18.8 points and 4.5 assists per game while Monyyong leads the Trojans in rebounding by averaging a double-double per game with 12.3 points to go along with a team-high 10.2 rebounds per game this season. As a team, Little Rock is averaging 68.9 points per game on 45.5% shooting from the field, 32.2% from behind the arc and 69% from the foul line this season.

The Coastal Carolina Chanticleers will look to build on an 82-77 road win over UT-Arlington in their last outing. Tommy Burton and Devante Jones led the Chanticleers with 18 points apiece along with 8 rebounds each while Jones added a team-high 8 assists and a pair of steals. Isaac Hippolyte added 14 points with 10 rebounds for the double-double while Tyrell Gumbs-Frater added 12 points and Kareem Brewton added 11 points with 4 rebounds to finish off the group of double-digit scorers for Coastal in the win. Garrick Green added 7 rebounds as well in the victory for the Chanticleers. Jones leads Coastal Carolina in scoring and assists with an average of 15.9 points and 5.8 assists per game while Burton leads Coastal Carolina in rebounding with 6.7 rebounds per game this season. As a team, Coastal Carolina is averaging 80.4 points per game on 46% shooting from the field, 37.6% from behind the 3-point line and 69.4% from the foul line this season.