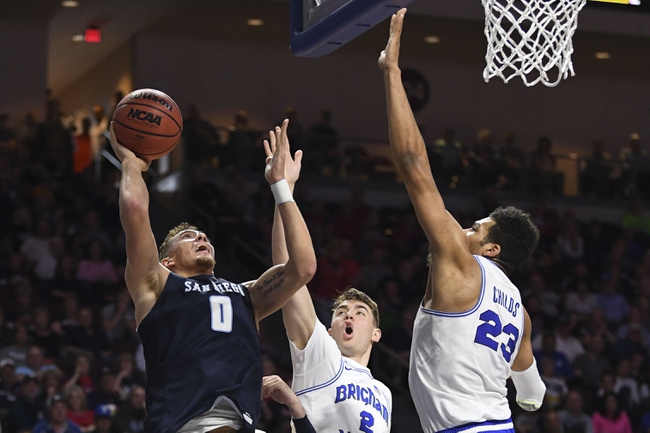 Where to Watch: BYUTV Stream College Basketball all season on ESPN+. Sign up now!

The BYU Cougars are once again that explosive offensive team that can blow teams out at home, and they're winning by an average of 14.6 points while covering 11 of their 17 games overall. The problem is the San Diego Toreros can sometimes do just enough to hang around and they've played BYU tough over the years, which includes an overtime game less than a year ago. I'll take the over. BYU is going to get whatever it wants offensively in this contest and the over is 6-1-1 in the last eight meetings between these two teams. Give me the over.