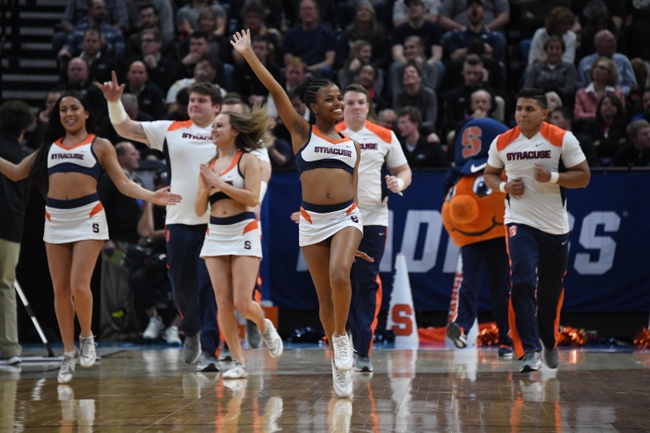 The Boston College Eagles and the Syracuse Orange meet in college basketball action from Carrier Dome on Wednesday.

Boston College enters this game at 9-7 so far. The Eagles are 5-2 in their last seven games, beating Notre Dame, Albany, Central CT State, Cal and Virginia while falling to Duke and Georgia Tech.

In the loss to the Jackets, Boston College’s lead scorer was CJ Felder with 13 points and seven rebounds. Steffon Mitchell put up a double-double in that one with 10 points, 11 rebounds and one assist.

Syracuse is 9-7 this season as well. The Orange are 4-2 in their last six games, falling to Notre Dame and Virginia Tech while otherwise beating Oakland, North Florida, Niagara and Virginia.

In the win over the Cavaliers, Syracuse’s lead scorer was Joseph Girard with 19 points, six rebounds and three assists. Elijah Hughes added 18 points with nine rebounds there, and Buddy Boeheim had 14 points.

Boston had a four-game win streak going and were scoring pretty well (at least 72) in three of those, but in the four games since that trio the Eagles have put up a max of 64 points—and had just 52 versus Georgia Tech.

Syracuse has put up a couple of relative duds in their last pair (126 total points), but if they can get off to a nice start here they could do some damage. I’m going Orange.

Get Premium Picks Start Winning Now »
The pick in this article is the opinion of the writer, not a Pick Dawgz site consensus.
Previous Pick
Fairleigh Dickinson vs. St. Francis-Pennsylvania - 1/15/20 College Basketball Pick, Odds, and Prediction
Next Pick
Georgia vs. Tennessee - 1/15/20 College Basketball Pick, Odds, and Prediction