The Indiana Hoosiers and the Rutgers Scarlet Knights meet in college basketball action from the RAC on Wednesday.

Indiana enters this one at 13-3 so far. The Hoosiers had consecutive losses going versus Arkansas and Maryland but they’ve won their last two versus Northwestern and Ohio State. 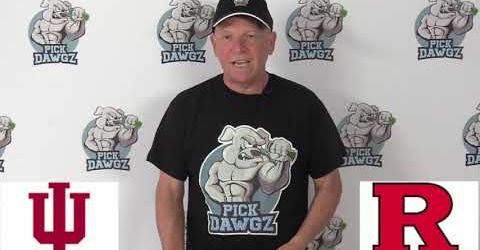 In the win over the Buckeyes, Indiana’s lead scorer was Devonte Green with 19 points and five rebounds. Rob Phinisee was also in double-digits there with 13 points, seven rebounds and one assist.

Over on the Rutgers’ side, they’re 12-4 this year. After a six-game win streak over Wisconsin, Seton Hall, Lafayette, Caldwell, Nebraska and Penn State, the Knights lost their last game to Illinois.

In the loss to the Illini, Rutgers’ lead scorer was Jacob Young, the only one in double-digits with 16 points and three rebounds. Ron Harper added nine points with five boards there, and Akwasi Yeboah had eight points with six rebounds.

Indiana put up a great second half against Ohio State on the way to the victory, and pretty much the entire lineup pitched in on the stat sheet in a well-rounded effort. The worrisome thing with the Hoosiers is their scoring output however, as they haven’t surpassed 66 points in any of their last five outings.

As for Rutgers, they were stopped by a plucky and surging Illinois team in their last game but I think they’ll play better here. I’m going to stick with the Knights on the cover.