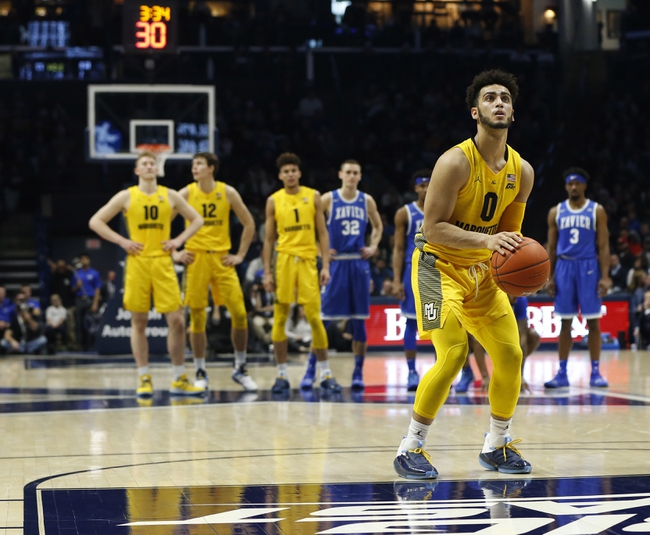 The Xavier Musketeers will look to bounce back after a 77-65 loss to Creighton in their last outing. Naji Marshall led the Musketeers with 21 points on 9 of 17 shooting with a team-high 9 rebounds and 7 assists while Paul Scruggs added 19 points on 9 of 13 shooting with 9 boards of his own and Tyrique Jones added 12 points to finish off the trio of double-digit scorers for Xavier in the losing effort. Jason Carter added 8 points with 7 rebounds and a pair of blocks while Quentin Goodin had 4 assists. Marshall leads Xavier in scoring with an average of 16.8 points per game while Jones leads the Musketeers in rebounding with 9.8 rebounds per game and Goodin leads Xavier in assists with 4.1 assists per game this season. As a team, Xavier is averaging 72.2 points per game on 43.8% shooting from the field, 29.7% from behind the arc and 68.2% from the foul line this season. 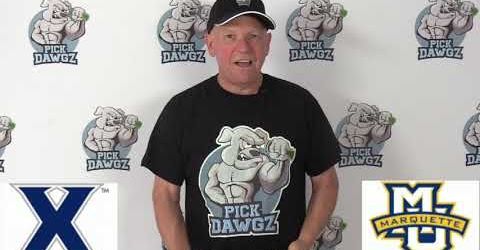 The Marquette Golden Eagles will also look to rebound after a 69-55 loss to Seton Hall last time out. Markus Howard led Marquette with 27 points including 4 threes as the lone double-digit scorer for Marquette in the losing effort while Brendan Bailey had a team-high 11 rebounds and Koby McEwen added 8 points with 3 assists. Howard leads Marquette in scoring with an average of 26.8 points per game while Bailey leads the Golden Eagles in rebounding with 5.4 rebounds per game and McEwen leads Marquette in assists with 3 assists per game this season. As a team, Marquette is averaging 76.7 points per game on 42.6% shooting from the field, 40% from behind the arc and 71.8% from the foul line this season.

Marquette being favored at home doesn’t surprise me, and the Golden Eagles have been playing slightly better than Xavier lately, and have been much better against the number all season. However, I worry that Marquette leans a bit too heavily on Markus Howard for production and then the rest of the team builds around that production. Xavier’s had issues against the number like I said, but this is still a fairly deep team with one of the better starting lineups in the conference. I’ll take the points with Xavier in a game I see the Musketeers winning outright.