The Seton Hall Pirates and the Butler Bulldogs meet in Big East Conference college basketball action from the Hinkle Fieldhouse on Wednesday evening.

The Seton Hall Pirates will look to build on their current six-game winning streak after a 69-55 win over Marquette in their last outing. Myles Powell led the Pirates with 23 points along with 7 rebounds and 3 steals while Romaro Gill added 10 points with 6 rebounds as the only other double-digit scorer for Seton Hall in the winning effort. Quincy McKnight added 4 points with a team-high 6 assists as well in the victory. Powell leads Seton Hall in scoring with an average of 21.5 points per game while McKnight leads the Pirates in assists with 4.9 assists per game and Jared Rhoden leads Seton Hall in rebounding with 6.1 rebounds per game this season. As a team, Seton Hall is averaging 75.1 points per game on 45.1% shooting from the field, 34.2% from behind the arc and 68.9% from the foul line this season.

The Butler Bulldogs will also look to add to their own six-game winning streak after a 70-58 win over Providence last time out. Kamar Baldwin and Jordan Tucker each had 17 points with Baldwin adding 7 rebounds while Tucker shot 7 of 11 with 3 threes and 6 rebounds. Bryce Golden added 14 points with a team-high 9 rebounds and Bryce Nze chipped in 10 points with 7 rebounds to cap off the group of double-digit scorers for Butler in the win. Baldwin leads Butler in scoring with an average of 14.8 points per game while Nze leads the Bulldogs in rebounding with 7.1 rebounds per game and Aaron Thompson leads Butler in assists with 5.1 assists per game this season. As a team, Butler is averaging 68.8 points per game on 47.8% shooting from the field, 36.2% from behind the arc and 70.2% from the foul line. The Bulldogs also own a top-5 defense, allowing just 54.4 points per game against this season.

I get Butler being favored at home and deservedly so as a top-5 team with a top-5 defense. However, these two teams have a history of playing each other extremely close, as four of the last five head-to-head meetings have been decided by three points or less. I just think that the Pirates have what it takes to hang with Butler here. So I’ll take Seton Hall and the points in this one.

Get Premium Picks Start Winning Now »
The pick in this article is the opinion of the writer, not a PickDawgz site consensus.
Previous Pick
Fairleigh Dickinson vs. St. Francis-Pennsylvania - 1/15/20 College Basketball Pick, Odds, and Prediction
Next Pick
Georgia vs. Tennessee - 1/15/20 College Basketball Pick, Odds, and Prediction 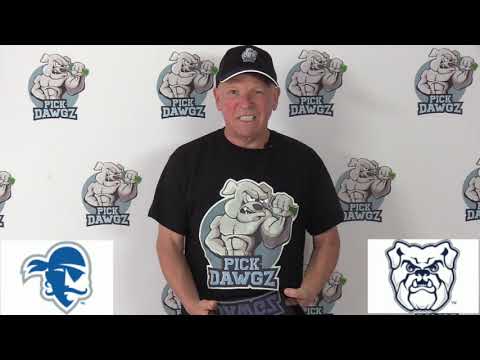