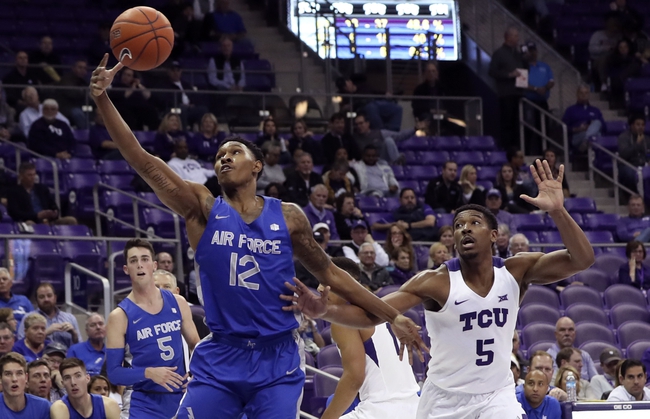 The Boise State Broncos will look to put forth some consistent play after alternating wins and losses in each of their last 4 games after an 83-65 loss to San Diego State in their last outing. RJ Williams led the Broncos with 16 points on 5 of 6 shooting with a team-high 9 rebounds while Rayj Dennis added 10 points as the only other double-digit scorer for Boise State in the losing effort. Justinian Jessup added 7 points with a team-high 4 assists while Derrick Alston added 9 points with 3 assists. Alston leads Boise State in scoring and assists with an average of 19.7 points and 3.1 assists per game while RJ Williams leads Boise State in rebounding with 8.3 rebounds per game this season. As a team, Boise State is averaging 77.4 points per game on 45.2% shooting from the field, 33.9% from behind the arc and 73.9% from the foul line this season.

The Air Force Falcons will also look for consistency after alternating wins and losses in each of their last 6 games after an 84-78 loss to New Mexico last time out. Lavelle Scottie led the Falcons with 26 points on 10 of 22 shooting with a team-high 9 rebounds while Caleb Morris added 12 points with a team-high 5 assists and 3 steals. A.J. Walker added 11 points with 3 threes while Ryan Swan added 10 points and 7 rebounds to round out the group of double-digit scorers for Air Force in the loss. Scottie leads Air Force in scoring and rebounding with an average of 14.8 points and 5.7 rebounds per game while Walker leads the Falcons in assists with 2.6 assists per game this season. As a team, Air Force is averaging 76.9 points per game on 47.8% shooting from the field, 40.5% from behind the arc and 76.4% from the foul line this season.

These two teams are mirror images of each other right now, as the numbers are very similar and both are having issues with stringing consistency together. However, the home team has had all of the recent success against the number in this matchup, and Air Force is outscoring their opposition by 13.3 points per game at home this season while Boise State is being outscored by 10 points per game on the road. It’s clear at that point that the Falcons do their best work at home and I personally think the Falcons are a bit better than what their record would indicate. I’ll side with Air Force at home in this pick ‘em scenario.