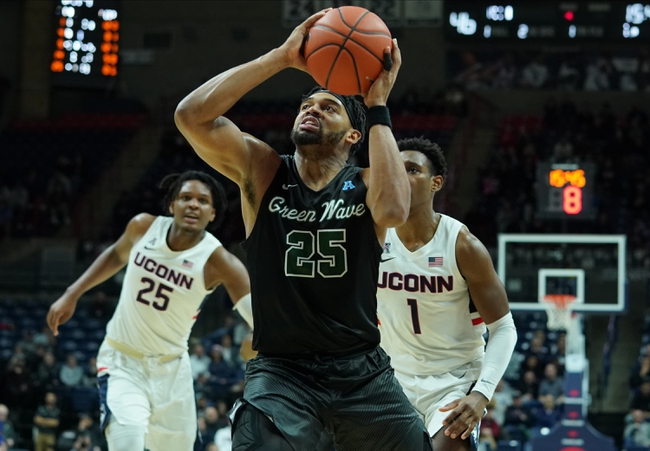 The UCF Knights and the Tulane Green Wave meet in AAC college basketball action from Devlin Fieldhouse on Tuesday night.

The UCF Knights come into this one looking to snap a five-game losing streak after a 68-54 loss to Cincinnati in their last outing. Collin Smith led the Knights with 19 points along with team-highs of 9 rebounds, 4 assists and a pair of steals. Brandon Mahan added 13 points and Ceasar DeJesus added 12 points to cap off the trio of double-digit scorers for UCF in the losing effort. Smith leads UCF in scoring with an average of 13.9 points per game while Dazon Ingram leads the Knights in rebounding and assists with an average of 7.3 rebounds and 3.8 assists per game this season. As a team, UCF is averaging 69.3 points per game on 42.7% shooting from the field, 29.3% from behind the arc and 67.9% from the foul line this season.

The Tulane Green Wave will look to find some consistency after alternating wins and losses in each of their last four games after a 65-51 win over Temple in their last outing. Jordan Walker and Teshaun Hightower each had 17 points with Hightower shooting 6 of 8 with a team-high 6 assists while Walker had 3 threes. K.J. Lawson added 16 points with 10 rebounds, 6 assists and 6 steals for the double-double to round out the trio of double-digit scorers for Tulane in the win. Hightower leads Tulane in scoring with an average of 17.3 points per game while Christion Thompson leads the Green Wave in rebounding and assists with an average of 6.6 rebounds and 2.7 assists per game this season. As a team, Tulane is averaging 71.9 points per game on 43% shooting from the field, 37.2% from behind the arc and 72.3% from the foul line this season.

I feel bad for UCF as this is still a decent team, but it’s clear that the Knights have taken a step back from where the program was not too long ago. Tulane has struggled with consistency, but the one thing the Knights have done consistently is lose and Tulane has stepped up their play lately, including wins over Temple and Cincinnati, a Cincinnati team that handled business against UCF not long ago. I just like what I’m seeing from the Green Wave, so I’ll lay the bucket with Tulane here.