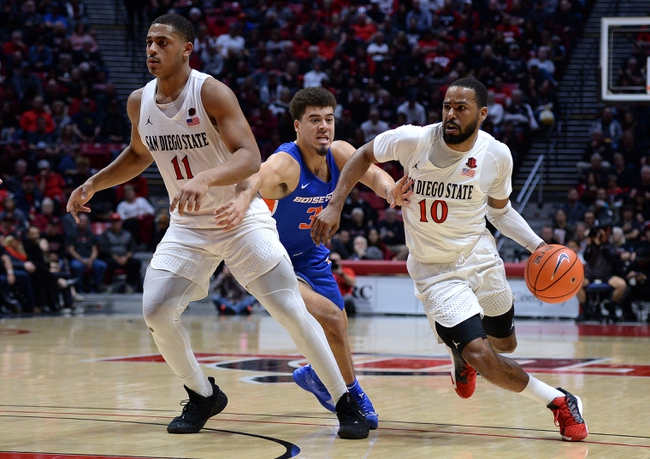 The San Diego State Aztecs and the Fresno State Bulldogs meet in Mountain West conference college basketball action from the Save Mart Center on Tuesday night.

The San Diego State Aztecs will look to remain perfect on the year after improving to 17-0 on the year with an 83-65 win over Boise State in their last outing. KJ Feagin led San Diego State with 23 points on 9 of 16 shooting with 5 threes while Yanni Wetzell added 20 points on 9 of 12 shooting with 5 rebounds and 4 assists. Malachi Flynn came right behind with 19 points on 7 of 11 shooting with 3 threes, a team-high 6 assists and a pair of steals while Matt Mitchell added 10 points with a team-high 7 rebounds to finish off the scoring in double figures for the Aztecs in the win. Flynn leads the Aztecs in scoring and assists with an average of 16.3 points and 5 assists per game while Nathan Mensah leads San Diego State in rebounding with 6.8 rebounds per game this season. As a team, San Diego State is averaging 75.9 points per game on 46.9% shooting from the field, 38.5% from behind the arc and 73.9% from the foul line this season. The Aztecs also own a top-5 defense, allowing just 57 points per game this season.

The Fresno State Bulldogs will look to rebound from a 78-64 loss to New Mexico in their last outing. Orlando Robinson led the Bulldogs with 16 points on 6 of 13 shooting with 12 rebounds for the double-double while Jarrad Hyder added 14 points with a team-high 4 assists and New Williams added 10 points to finish off the trio of double-digit scorers for Fresno State in the defeat. Anthony Holland and Nate Grimes each had 7 points with 9 rebounds as well in the losing effort. Robinson leads Fresno State in scoring with an average of 12.9 points per game while Grimes leads the Bulldogs in rebounding with 9.6 rebounds per game and Noah Blackwell leads Fresno State in assists with 3.8 assists per game this season. As a team, Fresno State is averaging 69.6 points per game on 41.7% shooting from the field, 32.7% from behind the arc and 67.5% from the foul line this season.

A home dog can be tempting, but the problem is that Fresno State is clearly in a down year right now, and the Bulldogs just haven’t been playing well for a good part of the season. San Diego State has thrived on the road this season, going 7-0 SU, including 5-0 ATS. The Aztecs are also outscoring teams by 18.9 points per game on the road, and are only allowing 57.3 points per game against on the road this season. I just don’t see Fresno State being able to crack the Aztec defense here, so I’ll lay the points with San Diego State in this one. 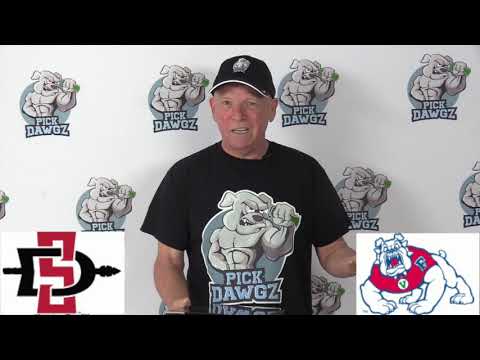