The Jackson State Tigers and the Southern Jaguars meet in college basketball action from FG Clark Center on Monday.

Jackson State comes in here at 5-11 so far. The Tigers are 2-3 in their last five games, with losses to Memphis, Baylor and Alabama A&M alongside wins over Alabama State and Alcorn State otherwise.

In the win over the Braves, Jackson State’s Roland Griffin led the team on 27 points with 12 rebounds and six assists. Venjie Wallis added 13 points with three rebounds and Tristan Jarrett had 12 points.

Over on the Southern side, they’re 3-13 overall. The Jaguars are currently riding a nine-game losing streak, falling to California Baptist, UCSB, Texas Southern, Prairie View and Grambling State in their last five outings.

Jackson State has been pretty choppy scoring-wise lately, but when they’re on the Tigers can put up some pretty decent points totals, like 76 versus Alcorn State and 73 versus Portland.

As for Southern, there’s not a whole lot to get excited about here. They haven’t scored more than 68 points in any of their last nine games and have just 110 combined points in their last pair. I’m going to stick with Jackson State on the cover in this matchup. 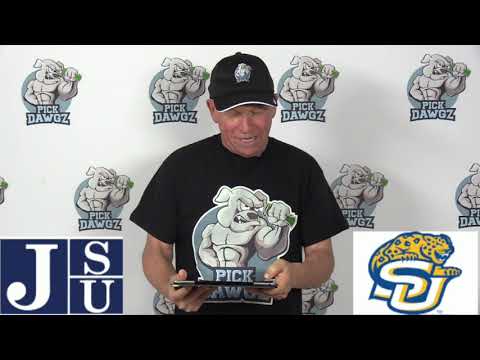