The Portland State Vikings and the Montana Grizzlies meet in Big Sky conference college basketball action from the Dahlberg Arena on Monday night.

The Portland State Vikings will look to build on a 77-76 win over Montana State in their last outing. Holland Woods led the way with 30 points on 11 of 20 shooting with 4 threes, 6 rebounds and a team-high 6 assists with 3 steals while Sal Nuhu added 12 points with 6 rebounds as the only other double-digit scorer for Portland State in the win. Ian Burke added 6 points with 4 assists and a team-high 7 rebounds. Woods leads Portland State in scoring and assists with an average of 18.4 points and 5.5 assists per game while Rashaad Goolsby leads the Vikings in rebounding with an average of 6.6 rebounds per game this season. As a team, Portland State is averaging 77.5 points per game on 43.4% shooting from the field, 33.4% from behind the arc and 67.8% from the foul line this season. 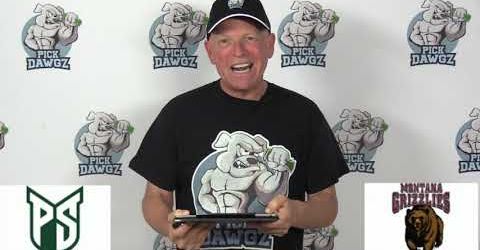 The Montana Grizzlies will look to build on wins in 4 of their last 5 games after a 90-63 win over Eastern Washington last time out. Derrick Carter-Hollinger led the Grizzlies with 20 points on 9 of 12 shooting with 14 rebounds and 4 blocks for the double-double while Sayeed Pridgett added 18 points with 8 rebounds and a team-high 8 assists. Kendal Manuel added 14 points while Timmy Falls added 12 points with 6 assists and 3 steals. Pridgett leads Montana with an average of 18.9 points, 7.6 rebounds and 3 assists per game this season. As a team, Montana is averaging 66.3 points per game on 43.5% shooting from the field, 31.6% from behind the arc and 70.9% from the foul line this season.

I get Montana being favored at home and the Grizzlies are still playing the better basketball, but the Vikings have played really well against the number on the road and Montana just hasn’t been a team I have been looking to lay points with all season long. I'll take a shot with Portland State and the points in a game I could see the Vikings winning outright.