The Michigan State Spartans and the Purdue Boilermakers meet in college basketball action from Mackey Arena on Sunday.

The Spartans stand at 13-3 on the year. Michigan State is riding an eight-game win streak, taking out Rutgers, Oakland, Northwestern, Eastern Michigan, Western Michigan, Illinois, Michigan and Minnesota in that time.

In the win over the Gophers, Michigan State’s Cassius Winston led the team on 27 points, six assists and four rebounds. Xavier Tillman also had a nice game there, doubling up on 19 points, 16 rebounds and four assists.

Over on the Purdue side, they’re 9-7 this season. Following consecutive wins over Central Michigan and Minnesota, Purdue has fallen to their last two opponents in Illinois and Michigan.

In the 2OT loss to the Wolverines, Purdue’s Trevion Williams went off for 36 points, 20 rebounds and two assists. Isaiah Thompson added 14 points there, and Eric Hunter chipped in 10 points of his own.

Since their loss to Duke, the Spartans haven’t really had too many issues dispatching their last eight opponents—with the possible exception of a 77-72 win over Northwestern. Michigan State has put up at least 72 points in each of their last eight wins.

As for Purdue, they’ve looked pretty solid over their last four games, outside of the glaring exception of 37 points versus Illinois. That said, I don’t think the Boilermakers will be able to keep up here, so I’m sticking with the Spartans. 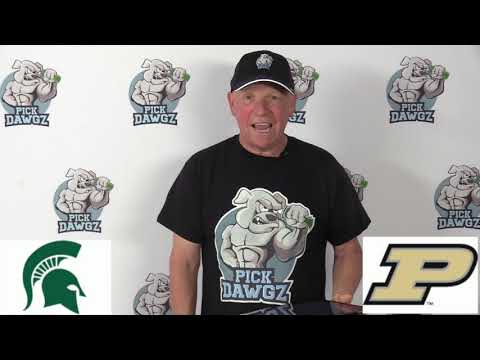