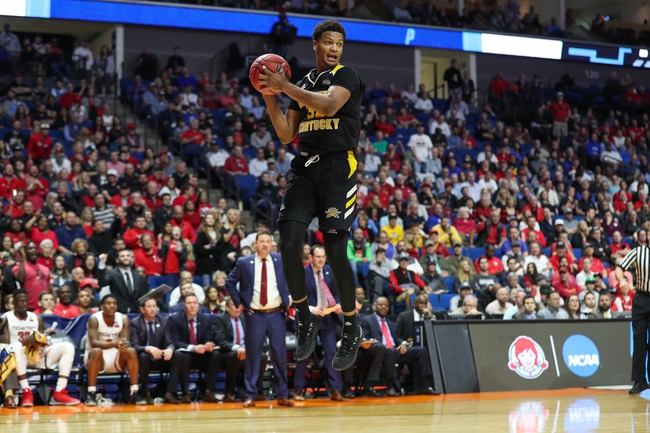 The Northern Kentucky Norse will look to find some consistency after alternating wins and losses in each of their last four games after a 66-60 loss to Arkansas last time out. Dantez Walton led the Norse by accounting for half of their scoring output with 30 points on 10 of 14 shooting with 4 threes and a team-high 10 rebounds with 4 steals and 4 blocks for the double-double. Trevon Faulkner added 14 points with a team-high 4 assists and a pair of steals while Tyler Sharpe added 10 points to finish off the scoring in double figures for the Norse in defeat. Walton leads the Norse in scoring and rebounding with 16.6 points and 7 rebounds per game while Bryson Langdon leads Northern Kentucky in assists with 3.4 assists per game this season. As a team, Northern Kentucky is averaging 76.6 points per game on 44.7% shooting from the field, 33.2% from behind the arc and 62.4% from the foul line this season.

The Miami-Ohio RedHawks will look to rebound from back-to-back losses after a 71-66 defeat to Wright State last time out. Nike Sibande led the RedHawks with 20 points with 3 threes while Bam Bowman added 12 points with a team-high 10 rebounds for the double-double as the only other double-digit scorer for Miami-Ohio in the loss. Mekhi Lairy led the RedHawks with 4 assists to go along with his 7 points. Sibande leads the RedHawks in scoring with an average of 16.6 points per game while Lairy leads Miami-Ohio with 3.6 assists per game and Dalonte Brown leads Miami-Ohio in rebounding with 7.4 rebounds per game this season. As a team, Miami-Ohio is averaging 75.4 points per game on 43.5% shooting from the field, 34.8% from behind the arc and 72.5% from the foul line this season.

The RedHawks being favored at home makes sense, but the issue I have it that the RedHawks haven’t been good against the number dating back to last season. Northern Kentucky has been solid against the number on the road dating back to last year and already have covers against Arkansas, Coastal Carolina and Ball State and I think that the Norse get another with an outright win over Miami-Ohio, but I’ll take the points to be safe.