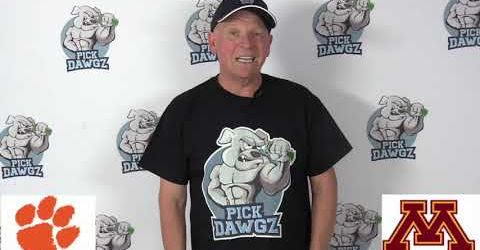 The Clemson Tigers have been better up to this point in terms of results and they have a defense that travels well. However, this is the first true road game for Clemson and going to the Barn is never an easy place to visit. The Minnesota Golden Gophers have won three of their four home games this season and are winning those games by an average of 19.5 points while allowing 37.8 percent shooting. I'll lay the bucket with the Golden Gophers.