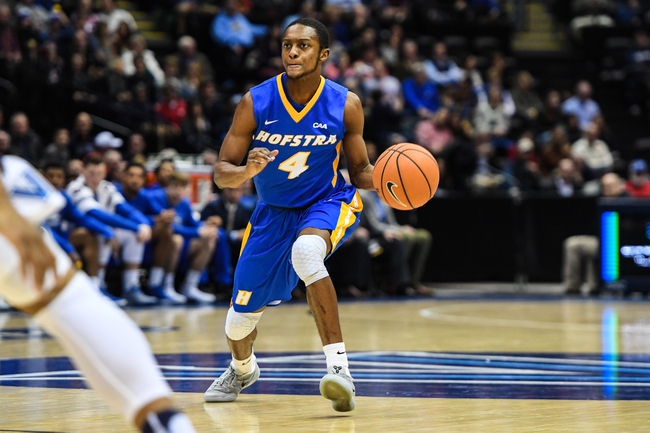 The Canisius Golden Griffins and the Hofstra Pride meet in college basketball action from FAU Arena on Monday.

Canisius enters this one at 4-2 overall. The Griffins have fallen to Brown and Albany but since won four straight versus Bucknell, St. Bonaventure, UIC and Mercer.

In the Sunday win over the Bears, Canisius’ Majesty Brown and Jacco Fritz each posted 16 points, and combined for six assists and 10 rebounds. Malik Johnson added 14 points and seven rebounds there as well.

Over on the Hofstra side, they’re 5-3 this year. The Pride have losses to SJSU, Bucknell and San Diego but have beaten Monmouth, NYIT, UCLA, CSUF and Holy Cross otherwise.

In the win over the Crusaders, Hofstra put up a 40-26 lead at halftime. The Pride kept it going in the second, outscoring Holy Cross 51-43 on the way to a 91-69 decision.

Canisius took a little while to get away from the Bears, going into halftime with a four-point lead, but they stretched it out in the second en route to a 76-66 victory. That’s four straight for the Griffins, and they’ve won their last two by 40 combined points.

As for Hofstra, they bounced back well after their loss to San Diego, taking out Holy Cross pretty decisively. The Pride have put up some pretty good offensive performances this year, so I’m going to stick with Hofstra on the cover here.