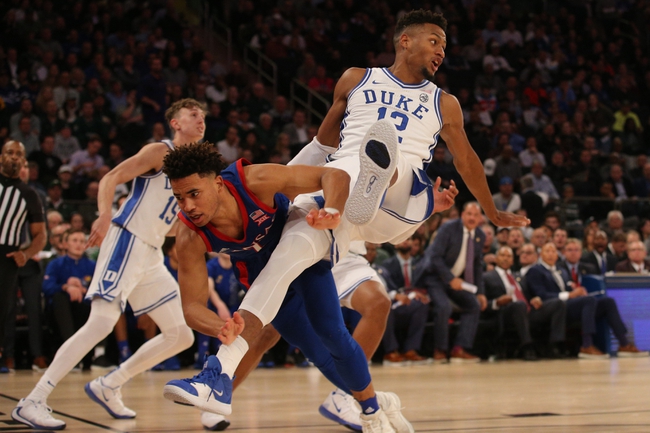 The Colorado State Rams and the Duke Blue Devils will match up on the college basketball court Friday.

Over on the Duke side, they’re coming off another successful season, going 32-6 overall with a 14-4 ACC mark. The Blue Devils took the ACC Tournament championship but were stopped in the Elite Eight by Michigan State 68-67.

Duke opened up the year with a tough draw in Kansas, but the Blue Devils were able to rise to the occasion on Tuesday with a 68-66 victory. Tops in scoring for Duke there was Tre Jones, who had 15 points, six rebounds and seven assists.

Colorado State looked pretty good in their opener, posting 34 points in the first half and closing strong with 40 points in the second. If the team plays to their potential, they should be able to take a big step forward this year—or at least flirt with a .500 record.

As for Duke, they’re going to be tough as always this season, and the opening win is a big boost coming out of the gate. That said, I like Colorado State to rise to the occasion here and squeak into a tight cover.