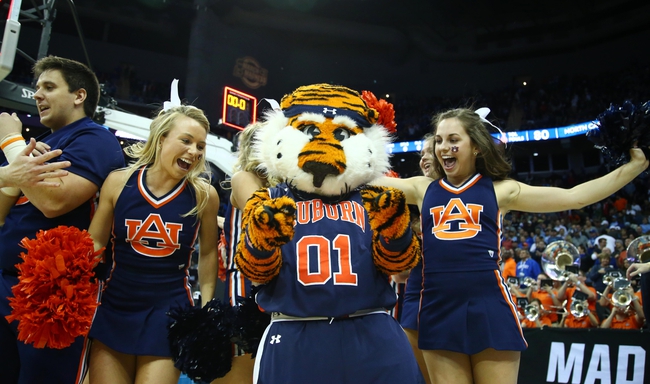 The Davidson Wildcats and the Auburn Tigers will meet up on the college basketball circuit Friday.

The Tigers are coming out of a nice 30-10 season overall last year, going 11-7 in the SEC. Auburn ran the table in the tourney for an SEC championship, and they made it all the way to the Final Four in the NCAA Tournament, falling to Virginia 63-62.

Auburn posted a victory in their first action of the season against Georgia Southern 83-74. In that one, Tigers guard Samir Doughty led the team on 20 points with five rebounds and three assists. Austin Wiley and Danjel Purifoy each had 13 points, with a combined 14 boards.

Over on the Davidson side, they went 24-10 last year with a 14-4 record in the Atlantic 10 Conference. That record put them in second place in the standings.

Meanwhile, the Wildcats are 3-9 ATS in their last 12 versus a team with a winning percentage over .600 and the under is 5-1 in their last six neutral-site games. The over is 6-2 in Davidson’s last eight non-conference games and 5-2 in their last seven Friday games.

Though Auburn was in control for much of the game against Georgia Southern, it was something of an unconvincing win. The Tigers were up by just four at halftime, and allowed the Eagles to score 37 points in each half. They’re going to have to tighten up quick.

Davidson is a weaker team, but they’re no slouches over the last couple of years. I like the Wildcats to hang around here and manage a cover.