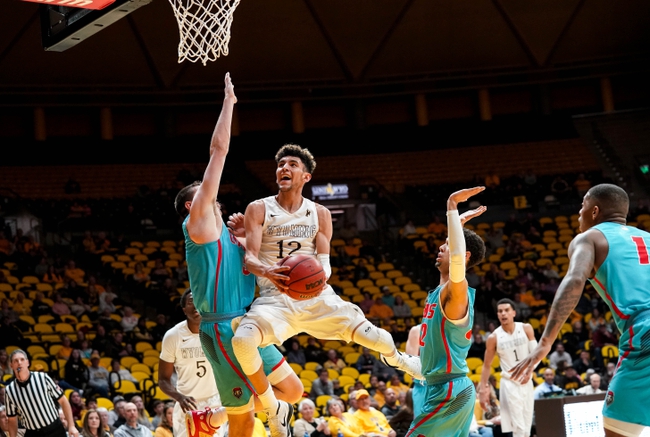 Where to Watch: MWC Network Stream College Basketball all season on ESPN+. Sign up now!

The Idaho State Bengals and Wyoming Cowboys meet Tuesday in college basketball action at the Arena-Auditorium.

The Idaho State Bengals won just 11 games last year and lost seven of their last nine games. Balint Mocsan returns after averaging 11.3 points and 2.1 assists while Chier Maker is back after averaging 8.1 points and 6.7 rebounds. Jared Stutzman averaged more than 27 minutes per game last season and Chidi Udengwu grabbed 3.4 rebounds per game. The Idaho State Bengals are an experienced roster with enough returning key players to where they should be an improved team. The question is how much Idaho State can improve in a competitive Big Sky, especially with a returning defense that was one of the worst in all of college basketball. The Idaho State Bengals have lost six of their last seven road games.

The Wyoming Cowboys won just eight games last year and lost 10 of their last 13 games. Hunter Maldonado returns after averaging 13.8 points and 6.8 rebounds while Jake Hendricks is back after averaging 10.8 points and 2.9 rebounds. Trevon Taylor played in nearly 27 minutes per game last season and A.J. Banks shot 50.4 percent from the field in 32 games. The Wyoming Cowboys returns two of their top-three scorers from last season, but this is a very young roster overall with just three upperclassmen. It may be another rough season for Wyoming in the MWC, but there is some hope for the Cowboys with nine of their first 11 games taking place at home. The Wyoming Cowboys have lost four of their last six home games.

The Idaho State Bengals may have some nice returning pieces, but they have to show some sort of defensive effort before I can take them seriously. Idaho State was one of the worst defensive teams in all of college basketball last season. The Wyoming Cowboys have two of their top-three scorers returning, and while they're still young, they are moving in the right direction and should be able to beat up on lesser competition. This should be a comfortable win for Wyoming, especially if Idaho State brings the same defensive effort it had last year.