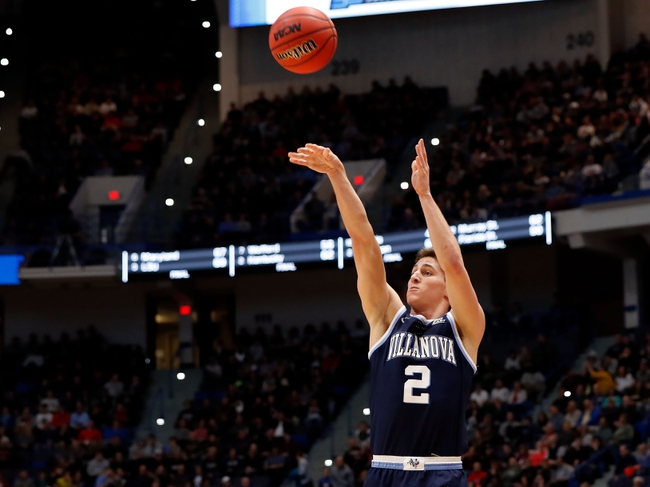 Where to Watch: FS-1 Stream College Basketball all season on ESPN+. Sign up now!

The Army Black Knights will look to improve on a disappointing 2018-19 season that saw Army finish with a 13-19 overall record, including 8-10 in Patriot League play to finish in a tie for 5th in the conference. The Black Knights ended up with the 6-seed because of a tiebreaker and in the ensuing quarterfinal matchup, Army ended up losing to Lehigh 75-70, ending their season. Matt Wilson and Thomas Funk are both back as Army’s two double-digit scorers from last season, with Wilson leading the Black Knights with averages of 13.8 points and 8.6 rebounds while shooting a team-high 58.6% from the field. Funk on the other hand, is regarded as one of the best point guards in the Patriot League coming into this season and is Army’s all-time assist leader with 516 assists compiled. As a team, Army averaged 70.9 points per game on 42.8% shooting from the field, 31.5% from behind the arc and 68.4% from the foul line last season.

The Villanova Wildcats will look to get back to the promise land in 2019-20, after finishing last season with an overall record of 26-10, including a 13-5 mark in Big East conference play to earn the top seed and the Big East regular season championship. The Wildcats then defeated Providence, Xavier and Seton Hall to lift their 5th Big East tournament trophy, their 3rd straight and 4th in the last 5 years. Villanova ended up with a 6-seed in the NCAA tournament, defeating Saint Mary’s in the opening round before being taken down by Purdue in the second round. Phil Booth and Eric Paschall are both gone from the Villanova program, but Collin Gillespie is back after logging 10.9 points per game and will be expected to own one backcourt position with the other being held by one of two top recruits, either Bryan Antoine if he is healthy or if Antoine can’t go, then Justin Moore may be thrust into a starting position from the get-go. Jermaine Samuels and Saddiq Bey will be tasked with leading the frontcourt, as well as helping to groom Jeremiah Robinson-Earl who is coming in as the #10 ranked recruit in the country and widely viewed as one of the best new players in the Big East. Only time will tell if head coach Jay Wright can put these pieces together or if Villanova will need an adjustment year to get all things working in harmony.

Villanova being a large favorite at home makes sense, as there’s some serious talent in this Wildcats team with the likes of Bryan Antoine, Justin More and Jermaine Robinson-Earl. However, this is still a Wildcats team that will need to get their feet wet before they gel together. Army probably won’t win this game, but this is almost the same Black Knights team that went on the road and hung with Duke last season, that same Duke team that had Zion Williamson, RJ Barrett, Cam Reddish and Tre Jones. I think that Duke team is miles better than what Villanova is going to put out on opening night, and if Army can hang and cover there, I like their chances in this one. I’ll take a stab at Army and the points in this one.