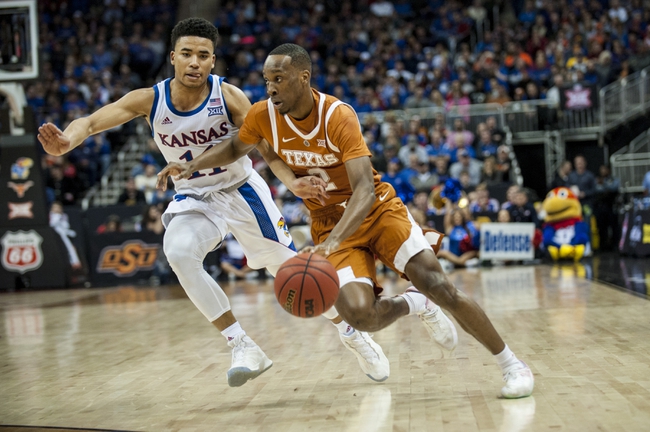 The Northern Colorado Bears come into the 2019-20 season looking to take another step forward under 4th-year head coach Jeff Linder, finishing last season with an overall mark of 21-11, including a 15-5 mark in Big Sky conference play, earning the second seed in the tournament. The Bears’ stay in the conference tournament was short-lived though, as the Bears were upset by 7-seed Southern Utah by a final score of 83-64. The Bears lose the services of leading scorer Jordan Davis, who graduated from the program after averaging 23.5 points and a team-high 4.7 assists per game last season. The Bears do bring back Bodie Hume who averaged 10.8 points per game as well as junior guard Jonah Radebaugh who led Northern Colorado with 6.1 rebounds per game last season. As a team, Northern Colorado averaged 76.6 points per game on 46.2% shooting from the field, 36.2% from behind the arc and 70.3% from the foul line last season.

The Texas Longhorns come into the 2019-20 campaign looking to take a step in the right direction after finishing 2018-19 with an overall record of 21-16, including an 8-10 mark in Big 12 conference play, finishing with the 6th-seed in the conference tournament. The Longhorns stay in their tournament was also short-lived, as the Longhorns were bounced in the quarterfinals by Kansas. The Longhorns had a solid season, resulting in an invite to the NIT, where the ‘Horns defeated South Dakota State, Xavier, Colorado, TCU and Lipscomb to hoist the NIT trophy. The problem for Texas is that a lot of their team is gone, with the likes of Kerwin Roach II, Dylan Osetkowski and Jaxson Hayes all gone from the program. Leading assist man Matt Coleman is back after tallying 127 assists last season and Jase Febres returns after shooting just under 39% from 3-point range last season. The Longhorns get back Andrew Jones who was cleared to play following leukemia treatment and the Longhorns bring in some solid recruits to help rebuild what was lost. As a team, Texas averaged 68.3 points per game on 44% shooting from the field, 35.2% from behind the arc and 75.6% from the foul line last season.

I want to give Northern Colorado a chance here with the points, as Texas lost a lot from a core they had for a couple of years. However, Northern Colorado lost a lot with the likes of Jordan Davis finishing up with the program and replacing almost 24 points per game from one player isn’t easy to replace. I think that Texas is bringing back some solid pieces like Andrew Jones and Matt Coleman, and I just think that Texas can pull away from the Bears as the second half wears on, so I’ll lay the points with Texas in this one.