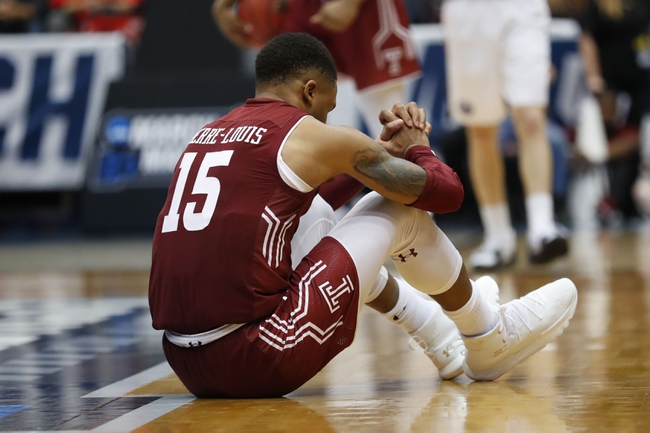 The Drexel Dragons and the Temple Owls will match up on the college basketball scene Tuesday.

Drexel managed a 13-19 season overall in 2018-19, and went 7-11 in Colonial Athletic Association play. That would leave the Dragons in sixth place in the conference.

In the CAA Tournament, Drexel suffered an early exit, falling 73-61 to Charleston and ending their season on a three-game losing streak overall.

Over on the Temple side, they posted a really nice 23-10 record overall last season, and went a strong 13-5 in American Athletic Conference play. The Owls finished in third place for the conference, just behind Houston and Cincinnati.

Temple didn’t fare so well in tournament play however. The Owls fell to Wichita State in the AAC Tournament first round, then were chosen for an NCAA Tourney slot where they lost to Belmont in the first round as well.

Drexel had a couple of good runs in 2018-19; there was a stretch where they went 6-3 overall toward the beginning of the season. That said, the Dragons couldn’t sustain much down the stretch, and finished off the year with a limp 3-8 run.

As for Temple, they did really well in AAC play, especially considering they were right behind two ranked teams who didn’t really have that much better records in the conference. In any case, despite the disappointing finish last year I like Temple to come out of the gate strong into this new era, starting here. I’m going Owls.