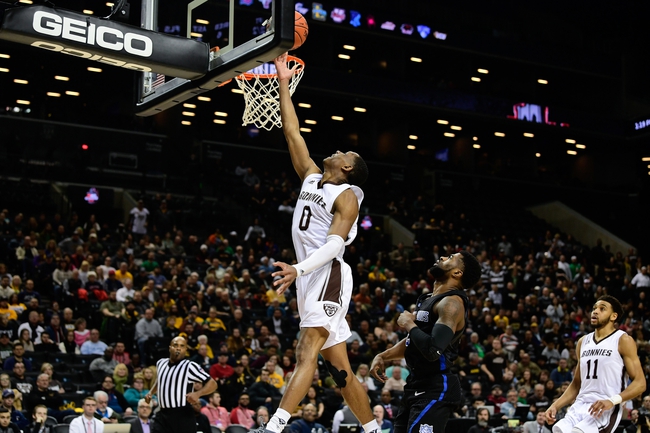 The Ohio Bobcats and the St. Bonaventure Bonnies meet in opening night college basketball action from the Reilly Center on Tuesday night.

The Ohio Bobcats come into the 2019-20 season looking to improve on a frustrating 2018-19 campaign that saw the Bobcats finish with a 14-17 overall record, including 6-12 in MAC conference play to finish in last place in the East division. In the conference tournament, the Bobcats were taken down by Northern Illinois, ending their season in the process. The Bobcats then proceeded to fire then head coach Saul Phillips and replace him with Ohio alum Jeff Boals who was most recently coaching at Stony Brook. The challenge for Boals right out of the gate is replacing Ohio’s two double-digit scorers from last season as both Jason Carter and Teyvion Kirk transferred out of the program. Carter, who led the Bobcats with 16.5 points as well as 6.7 rebounds, transferred to Xavier while Kirk, who averaged 14.1 points and 5.5 rebounds transferred to Colorado State. The Bobcats also lost leading rebounder Doug Taylor as he graduated from the program, leaving Ben Vander Plas to lead as Ohio’s top scorer from last season. Jason Preston is also back in the backcourt for the Bobcats to anchor things at either of the guard positions.

The St. Bonaventure Bonnies will look to build on an average season last year, finishing the season with a record of 18-16, including a 12-6 record in A-10 conference play to finish in 4th place. As the #4 seed, the Bonnies defeated George Mason and Rhode Island before falling to Saint Louis in the conference championship game by just two points. The Bonnies lose two of their top three scorers with Courtney Stockard graduating with his team-high 15.3 points and 5.6 rebounds per game and LaDarien Griffin is gone as well with his 10.7 points and 6.2 rebounds per game. The good news for the Bonnies is that second-leading scorer Kyle Lofton is back in the backcourt after a solid freshman season in which he logged 14.4 points and a team-high 3.7 assists per game last year. Osun Osunniyi is also back to anchor things down low after the 6-10 sophomore had a solid rookie campaign of his own, averaging 7.5 points while leading the Bonnies with 7.6 rebounds per game. Only time will tell if Lofton and Osunniyi can bring enough out of the rest of the Bonnies to take another step forward this season.

I’d like to give Ohio a nod with double-digit points on opening night, but I just think that the Bobcats lost too much to keep this one close here. The Bonnies bring back a couple of their key pieces from last year and should be able to pull away in the second half. I’ll lay the points with St. Bonaventure in this one.

Get Premium Picks Start Winning Now »
The pick in this article is the opinion of the writer, not a PickDawgz site consensus.
Previous Pick
Morehead State vs. Samford - 11/5/19 College Basketball Pick, Odds, and Prediction
Next Pick
Valparaiso vs. Toledo - 11/5/19 College Basketball Pick, Odds, and Prediction