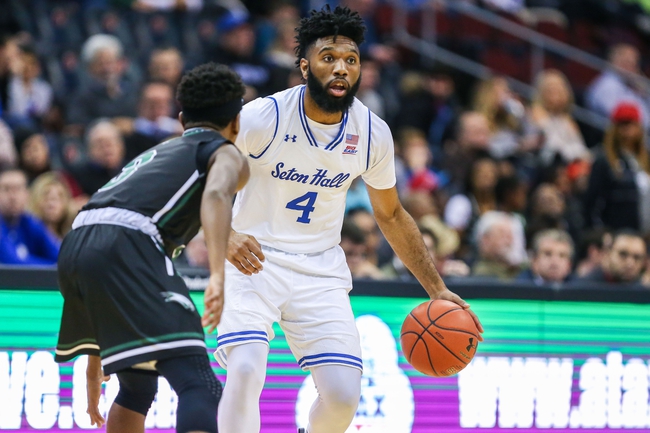 The Wagner Seahawks will meet up with the Seton Hall Pirates in college basketball activity Tuesday.

Wagner stumbled to a 13-17 record overall in the 2018-19 campaign. The Seahawks didn’t fare much better in Northeast Conference play, going 8-10 and finishing in seventh place in the standings.

Wagner’s hopes for a miraculous turnaround were dashed in the first round of the Northeast Conference Tournament, as they were pummeled by eventual champions Fairleigh Dickinson 84-46 to end their season.

Over on the Seton Hall side, they went 20-14 overall last season. The Pirates had a middling 9-9 Big East Conference record though, and that left the team in third place in the final standings.

The Pirates came out strong in the Big East Tournament, taking out Georgetown and Marquette before falling by two points to Villanova in the championship. Seton Hall’s NCAA Tournament run ended quickly though; they fell to Wofford 84-68 in the first round.

Wagner showed some promise at times during the 2018-19 campaign, logging a couple of 3-1 runs and a three-game win streak toward the end of the season. The Seahawks finished poorly however, as they lost their last four games heading into the NEC Tournament.

Coming into a matchup with Seton Hall is a daunting task for the Seahawks, as the Pirates should be strong again this season. These teams are on vastly different levels and I don’t think Seton Hall should have any trouble flexing their muscle here.

Get Premium Picks Start Winning Now »
The pick in this article is the opinion of the writer, not a PickDawgz site consensus.
Previous Pick
Duquesne vs. Princeton - 11/5/19 College Basketball Pick, Odds, and Prediction
Next Pick
Morehead State vs. Samford - 11/5/19 College Basketball Pick, Odds, and Prediction