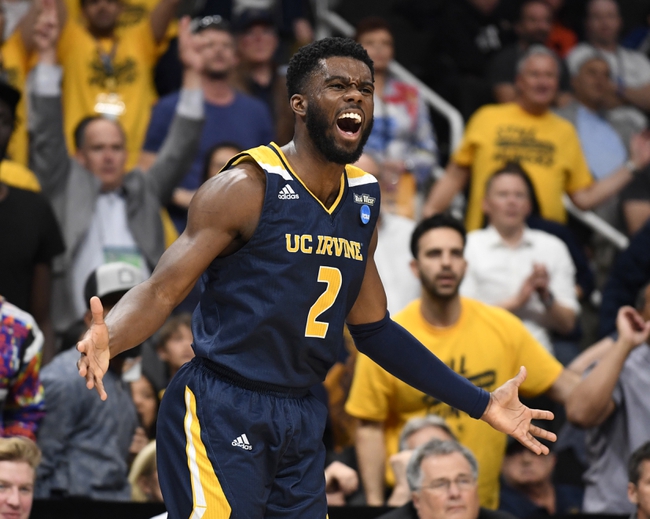 The UC Irvine Anteaters and the San Diego Toreros will match up on the college basketball circuit Tuesday.

The Anteaters are coming off a successful season in 2018-19. UC Irvine went 31-6 overall, and posted a nice 15-1 mark in the Big West Conference. That brought the Anteaters a conference championship for the regular season.

UC Irvine took the conference tournament championship as well, taking out UC Riverside, Long Beach State and Cal State Fullerton in succession. The Anteaters managed an opening-round win over Kansas State in the NCAA Tournament but fell in the second round to Oregon.

Over on the San Diego side, they managed a pretty solid campaign in 2018-19, going 21-15 during the season. That said, the Toreros faltered a bit in West Coast Conference play with a 7-9 record.

San Diego made it past Portland, Santa Clara and BYU in the WCC Tournament, but fell to Saint Mary’s in an end to their quest to become conference champs. The Toreros didn’t fare any better in the NIT, falling in the first round to Memphis.

UC Irvine will be hard-pressed to outdo their performance from last year. The Anteaters’ lone conference loss came January 16 to Long Beach State, and they finished off the regular season on a stellar 13-0 run.

UC Irvine opens up with a rather tricky matchup against the Toreros here, as San Diego will not be a pushover. That said, the Anteaters should be able to take care of business here; at anything less than six or seven points I’m on UC Irvine in the opener.