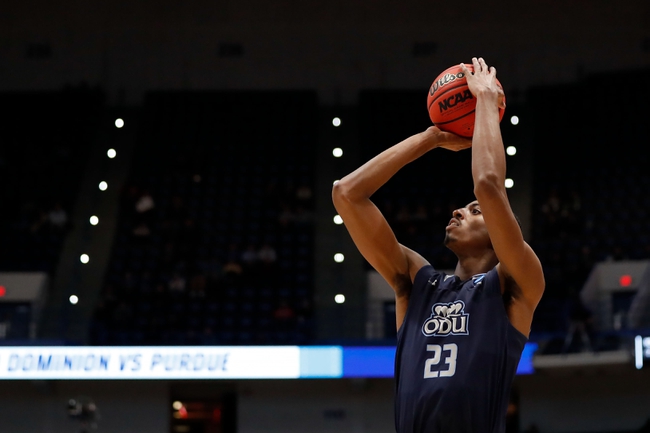 The Old Dominion Monarchs and the Northern Iowa Panthers will match up on the college basketball court Tuesday.

Old Dominion is coming off a pretty successful run in 2018-19. The Monarchs finished 26-9 overall with a 13-5 record in Conference USA play for a first-place finish. ODU plowed through the conference tournament, taking out Louisiana Tech, UAB and Western Kentucky for the championship.

The Monarchs’ season ended in disappointment in the first round of the NCAA Tournament however, as they fell to Purdue 61-48.

Over on the Northern Iowa side, they’re fresh off a 16-18 record overall in 2018-19. The Panthers didn’t fare much better in conference play there, going 9-9 for a sixth-place finish.

Northern Iowa had some success in the Missouri Valley Tournament, winning their first two games over Southern Illinois and Drake by a combined five points. The Panthers’ run ended in the championship against Bradley however, where they lost 57-54.

Old Dominion had a couple of rough patches in their 2018-19 season, including a 1-3 stretch early on. The Monarchs had a solid run during conference play to close out the year though, despite losing their final two pre-tourney games.

As for Northern Iowa, they were pretty “blah” for most of the season, but started gaining momentum toward the end of the year with a four-game win streak in conference play.

This should be a pretty interesting matchup between two teams with the goods to do some damage in their respective conferences. All things considered however, I like the Monarchs better here.