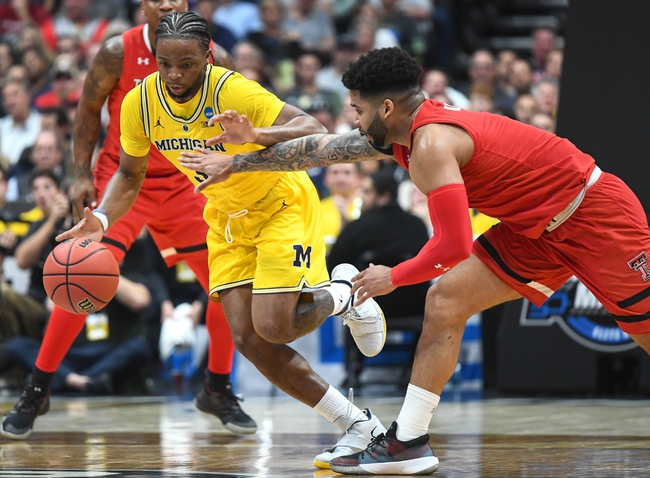 The Appalachian State Mountaineers and the Michigan Wolverines meet in opening night college basketball action from the Crisler Center on Tuesday night.

The Appalachian State Mountaineers will look to bounce back this season after finishing the 2018-19 season with an overall record of 11-21, including 6-12 in Sun Belt conference play, finishing in 10th place. The Mountaineers quickly bowed out of the Sun Belt conference tournament, falling to Louisiana-Monroe in the opening round. The bad news for App State is that they lose the services of last year’s leading scorer, Ronshad Shabazz, who graduated from the program after averaging 18.3 points per game. The good news is that their other two double-digit scorers in Justin Forrest and Isaac Johnson are back. Forrest averaged 16.2 points per game for App State while Johnson averaged 10 points while leading the Mountaineers in rebounding with 8.6 rebounds per game last season. As a team, Appalachian State averaged 79.9 points per game on 45.4% shooting from the field, 35.9% from behind the arc and 71.5% from the foul line last season.

The Michigan Wolverines come into this season looking to carry over last season’s success, which saw the Wolverines finish with a 30-7 overall record, including a 15-5 mark in Big Ten play to finish in 3rd place heading into the conference tournament. The Wolverines took down Iowa and Minnesota in the conference tournament before suffering a 3rd loss to Michigan State in the conference championship game. The Wolverines punched their ticket to the big dance, earning a #2 seed, defeating Montana and Florida before falling to eventual tournament runner-up Texas Tech. Then came the changes for the Wolverines, as Ignas Brazdeikis, Jordan Poole and Charles Matthews all declared for the NBA draft, and then head coach John Beilein headed to the NBA as well, signing on with the Cleveland Cavaliers to be their new head coach. The Wolverines brought in former player Juwan Howard to be the next head coach, and made another splash by hiring Phil Martelli as an assistant, ending Martelli’s 24-year run as head coach at Saint Joseph’s. Zavier Simpson is expected to lead the charge at point after averaging 8.8 points and a team-high 6.6 assists per game last season while Jon Teske is back up front after averaging 9.5 points and a team-high 7 rebounds per game last season. As a team, Michigan averaged 69.6 points per game on 44.8% shooting from the field, 34.2% from behind the arc and 70.1% from the foul line last season while also sitting 2nd in the country in scoring defense, giving up just 58.3 points per game against last season.

I think Michigan should be favored here at home, and the Wolverines have some talent to help Juwan Howard get off to a good start as Michigan’s head coach. However, I also like the pieces that App State are bringing back, and I just think that the Mountaineers are capable of keeping this one close. I think too much has changed over for the Wolverines to blow the Mountaineers out, so I’ll take a shot with Appalachian State and the points here.