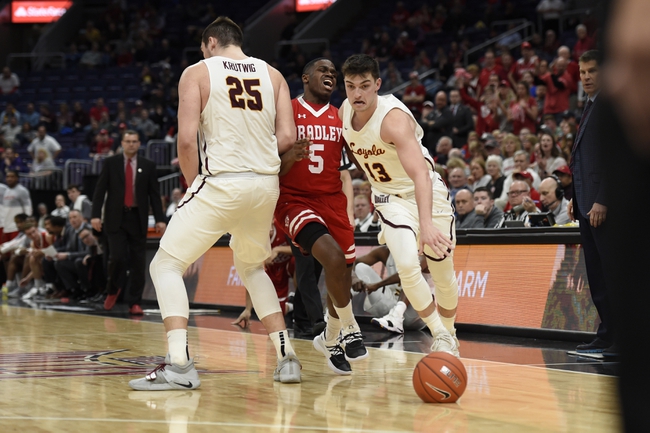 The UC Davis Aggies are coming off an 11-win season and have lost six of their last seven games. Joe Mooney returns after averaging 9.9 points and 2.6 rebounds while Matt Neufeld is back after averaging 7.8 points and three rebounds. Stefan Gonzalez played 22.5 per game last season and Rogers Printup played 18.3 minutes per game. The UC Davis Aggies say goodbye to their top-two scores from last season but do return their core of role players to keep the ship afloat. Either way, UC Davis is a very young team and growing pains will take place this season. The UC Davis Aggies have split their last six road games.

The UC Davis Aggies is a very young team and not a club I'm looking to back on the road until they figure it out. The Loyola (Chi) Ramblers aren't the same team that made the deep run in the big dance a couple of years ago, but they're still experienced and have enough returning production to where they're still one of the top teams in their conference. The Ramblers have also built a reputation of beating up on the teams they're supposed to beat, especially at home. I'll eat the chalk with the home team.